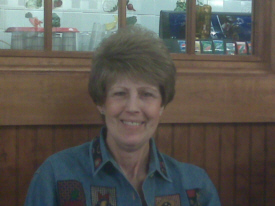 Cynthia Marie Kirkley Smith, formerly of Plymouth, passed away Thursday afternoon at her home in the loving care of her family and Hospice of Northeast Georgia. She was an inspiration to all in her fight against cancer and suffered many side effects before succumbing to the disease one day following her 62nd birthday. A resident of Flowery Branch, Georgia for the past eight years, Lawrenceville and Duluth, Georgia for twelve years, and Naples, Florida for seventeen years. Cindy was born Plymouth, Indiana on February 10, 1948 to Robert E. and Helen L. (Berger) Kirkley. Raised in Plymouth, she graduated from Plymouth High School in 1966, attended Indiana State University, Terra Haute, IN and Edison Community College in Ft. Myers, Fl.
On July 16, 1966 in Plymouth she married Patric W. Smith who survives. They became the proud parents of one daughter; Sherri Michelle (Jeremy) Medcalf of Buford, Georgia and grandparents to Brittany Nicole and Courtney Brooke Medcalf.
Her career included employment by Citizen National Bank of Naples as a Branch Manager and later John Gray State Farm Insurance as a customer service representative. She was a member of the American Business Women’s Association and the American Bankers Institute. Cindy has been a homemaker for the past 11 years since contracting breast cancer, but enjoyed crafting and boating with her family. She was a loving wife, mother, grandmother and a friend to all. She encouraged other cancer patients by telling them that all would be okay. God was with them.
Also surviving are sisters; Susie (Jerry) Fish of Lawrenceville, Georgia, Patricia Kirkley of Dallas, Georgia, brothers; William (Betsy) Kirkley of Colorado Springs, Colorado, Robert (Cindy) Kirkley of Columbus, Ohio and several nieces and nephew. Her mother-in-law, Iris Smith of Plymouth survives as well. The family will receive friends on Monday, February 15, 2010 from 3 – 7 p.m. in the Johnson-Danielson Funeral Home, 1100 N. Michigan St., Plymouth where services will be held at 10:30 a.m. on Tuesday, February 16, 2010. The Rev. David Miller, pastor of First Baptist Church, Mishawaka will officiate.
Burial will follow in the Mt. Pleasant Cemetery in Bourbon.
Preferred are memorial gifts to Hospice of NE Georgia Medical Center, Inc., 2150 Limestone Parkway, Suite 222, Gainesville, Georgia 30501