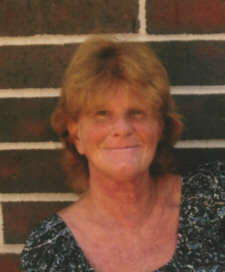 Cynthia Sullivan, 57, of Hawthorn Road, Plymouth died on Monday July 20, 2009 in St. Joseph Regional Medical Center, South Bend at 10:50 p.m. She was born February 21, 1952 in Plymouth to Wayne and MaeJune Mitchell Sullivan Sr. She attended Plymouth Schools.
Cynthia was a homemaker and enjoyed steam engine shows, gardening and her flowers. She loved watching nature and spending time with her family.
She is survived by her fiancé Charles W. Hartle of Plymouth, IN; two daughters and their children Robyn (Jerry) Wheat, with children Ashleah, Amber, and Allyson Wheat all of Plymouth, IN; and Dawn (Mark) Becker, with children Andrea and her son Aaron, LeAnn, Devon, and Brandon Becker all of Walkerton, IN. Four sisters and eight brothers survive as well they are Kimberlee (Don) Greer, Culver, IN; Stephanie (David) Roahrig, Candi (Bradford) Long both of Plymouth, IN; Michelle (Kris) Tuttle, Syracuse, IN; Gary (Ginny) Sullivan, Arizona; Kevin (Deb) Sullivan, Florida; Wayne (Viola) Sullivan, William (Sue) Sullivan, Mitchell (Kimm) Sullivan, Brian Sullivan, Todd (Jeri Jo) Sullivan, and Jamie (Audra) Sullivan all of Plymouth, IN.
She is also survived by numerous nieces and nephews.
Cynthia was preceded in death by her parents and a brother, Charles. A time of sharing with Cynthia’s family will be held on Friday July 25, 2009 from 4 to 8 p.m. in the Johnson-Danielson Funeral Home, 1100 N. Michigan Street, Plymouth.
A funeral service officiated by Ed Friberg will be held on Saturday July 25, 2009 at 11:00 a.m. in the funeral home.
Burial will follow in New Oakhill Cemetery, Plymouth, IN.
Memorial contribution in honor of Cynthia may be sent to Riley Children’s Hospital or St. Jude’s.