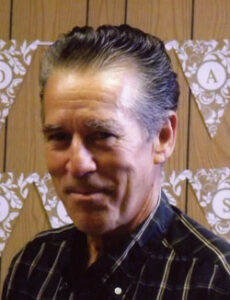 Dale A. Holderman, 72, of Lake of the Woods, passed away peacefully in his home at 8:30 a.m. on Monday, December 5, 2017.
Dale was born in Bremen on July 7, 1945 to Carl E. and Alice (Schroeder) Holderman. He graduated with the class of 1963 from LaPaz High School. He married the former Marie S. Marks in her familyâ€™s home in Lake on the Woods on July 11, 1963. Shortly after their marriage, Dale began his apprenticeship with the United Brotherhood of Carpenters Local 413 in South Bend. He was a 53 year member.
Dale was very proud of the many jobs he performed over the years with just a few mentions; trimming the courthouses in South Bend, Leighton Plaza, Notre Dame Stadium renovation and his final project, the Bremen Hospital, as superintendent for Casteel Construction.
Dale always went out of his way to help people, and all of his grandchildren adored him.
He is survived by his loving wife of 54 years, Marie of Lake of the Woods, and their children: Annette (Richard) Fox of Bremen and Terry (Penny) Holderman of Bremen; 6 grandchildren: Brad (Jamie), Devon, Travis (Chrissa), Westley (Mia), Ashley (John) and Matthew (Rebecca); 13 great-grandchildren.
His siblings are: Paul (Patty) Holderman of Bremen, Carol (Derrel) Cates of Monticello, Lyla Marks of Bremen, John (Margaret) Holderman of Plymouth, Phil Fraschetti of Argos, Betty (Gailen) Good of Bourbon, and Doreen Schaible of Monticello, as well as, sister-in-lawâ€™s Marlene Holderman of Bremen and Marge Holderman of LaPaz.
Dale was preceded in death by his parents, siblings: Carl Eugene, Josephine (Chuck) Fraschetti and Louis, and brother-in-law, Dale Marks.
Visitation will be held on Monday, December 11, 2017 from 5-7 p.m. in the Johnson-Danielson Funeral Home, 1100 N. Michigan Street, Plymouth.
Funeral services will be held at 11 a.m. on Tuesday, December 12, 2017 in the funeral home with Danny Evan officiating.
Burial will be in the Bremen Cemetery.
Memorial contributions can be made to Alzheimerâ€™s and Dementia Services, 922 E. Colfax Avenue, South Bend, Indiana 46617.