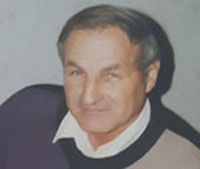 Dale Dodson, 75, of Plymouth, passed away on Thursday, December 28, 2017 in the Millerâ€™s Merry Manor in Plymouth.
Dale was born May 9, 1942 in Plymouth to the late George and Olive (Schroeder) Dodson.
He graduated from Plymouth High School in 1960. After graduation, Dale enlisted in the United States Army and was honorably discharged.
Dale had worked at Matthewâ€™s Farms in South Bend. He loved raising and racing horses.
Surviving are his four sons; Dean (Rose) Dodson of Walkerton, Derrick (Amy) Dodson of Argos, Dirk (Sandy) Dodson of Argos and Drew Dodson of North Manchester. Also surviving are nine grandchildren, his siblings; Janice Dodson of Middleton, Margaret Roahrig of Plymouth, Ronald (Lynn) Dodson of Plymouth, Rita Dodson of Fort Wayne, and two sisters-in-law; Betty Severson of Bourbon and Connie Dodson of Warsaw.
He was preceded in death by his parents, wife; Diane (Wingardener) Dodson, five brothers; Robert, Keith, Ed, Walt, and Glen Dodson, and one sister; Marilyn Bartsch.
Per Daleâ€™s request, no visitation or services will take place.
Burial will be at the New Oak Hill Cemetery at a later date.