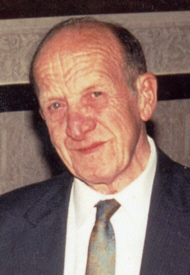 Dale E. “Bucky” Kersey, 77, formerly of Skylane Drive, passed away on Monday morning September 15, 2014 at 8:00 a.m. at Pilgrim Manor Nursing Home, Plymouth.
Born in Mishawaka, Indiana on June 24, 1937, Dale was the son of Dale E. Sr. and Annabelle (McKesson) Kersey. In his younger years, Dale enjoyed fishing and hunting on the family farm with his brother and dad.
On September 9, 1989, Dale E. Kersey, Jr. married Leticia C. “Letty” Camanga in Culver, IN.
Dale worked as a machine operator for McCord for 21 years and then for Leer Corporation for 6 years, until his retirement. He was a member of the First Assembly of God in Plymouth. Dale was also a member of the Marshall County Civil Defense for 6 years in the 80’s.
Dale is survived by his son, Steven (Faith) Kersey of Culver, and his two daughters, Amy Jo Kersey (fiancé Michael Wilfret) of Mishawaka and Dawn Ellen Laver of Sumpter, SC. Also surviving are his sisters Joyce Elaine Evans of Mishawaka and Linda Pruitt of Plymouth; as well as, many grandchildren, nieces and nephews.
He was preceded in death by his parents, his wife Letty, his son Brian Kersey, his brother Ben Kersey and his sister, Elizabeth Ann Kersey.
Visitation will be from 5 -7 p.m. on Thursday September 18, 2014 in the Johnson-Danielson Funeral Home, 1100 N. Michigan Street, Plymouth. Funeral services will immediately follow in the funeral home at 7 p.m.
A private family burial will be in the Burr Oak Cemetery.
Memorial contributions can be made to the family.