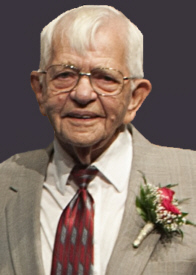 Dale Young, 88, of Bourbon, passed away on February 27, 2017 in the Saint Joseph Regional Medical Center-Mishawaka Campus.
Dale was born October 30, 1928 in Plymouth, Indiana, to the late Cortland and Verle Young. He was the last son of three children. He was preceded in death by his two sisters, Erdeen Dimberg and Ioan Steppe. On May 27, 1950 he married his high school sweetheart, Joan Hollar. She preceded him in death on November 8, 1985. On October 25, 1986 he married Carol Blue of Bourbon, who survives. She has two children, Cindy (Bill) Elmore and Rick (Connie) Blue, three grandchildren, six great-grandchildren and one on the way. Survivors of Dale include his two children, Douglas (Risa) Young and Cynthia (Rodger) Paseka, both of Bourbon. His grandchildren include Derrell (Haley) Young, Danon (Michele) Young, Dustin (April) Young, Samantha Paseka, Michele Deal and Emilee (Chris) Felton. He had five great-grandchildren; Madelyn Young, Brady Young, Alexis Young, Kolbee Felton and Lillee Felton.
He was a life-long farmer. He built two of his houses, one at Syracuse, Indiana and one at Lake Placid, Florida. For the past forty years he spent his winters in Lake Placid, Florida. He loved fishing, boating and camping. He loved spending time with his family. Visitation will be on Friday, March 3, 2017 from 11-1 PM in the Johnson-Danielson Funeral Home, 1100 North Michigan Street, Plymouth. Funeral services will follow at 1:00 PM with Chaplain Bob Puhr officiating.
Burial will be in the Pleasant Hill Cemetery in Bourbon, Indiana.
Memorial contributions can be made to the Heartland Hospice Care, 230 West Catalpa Drive, Suite D, Mishawaka, Indiana 46545.