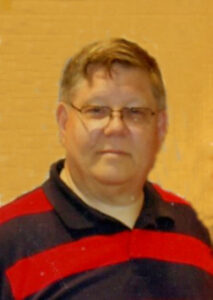 A Celebration of Dan’s life will be held on Saturday, September 12th at 11 AM in the Bremen Church of the Brethren, 921 Woodies Lane, Bremen, IN. Pastor Evan Garber will officiate. Visitation will be held prior to the start of the service from 9:30 – 11 a.m. in the church. Following services all are invited to a meal and fellowship at the church.
Memorial contributions can be made to: Bremen Church of the Brethren by going on-line to: www.bremencob.com or by mail to 921 Woodies Lane, Bremen, IN 46506 or to The Center for Hospice Care, 111 Sunnybrook Court, South Bend, IN 46637-3437.
Daniel A. Rensberger, 63, surrounded by his loving family went to be with the Lord on Thursday, July 30, 2015 at 4:49 a.m. of natural causes due to complications from major surgery.
Born in South Bend, Indiana on October 13, 1951, Daniel was the son of Loren R. and Dixie L. (Betz) Rensberger. He graduated from LaVille High School with the class of 1970, and also graduated from Indiana State University in 1974.
On September 21, 1974, Daniel was united in marriage to Vicki L. Ames in the Church of the Brethren in Bremen officiated by Jack Kline and Henry Weber. Dan is a member of the Church of the Brethren in Bremen.
Dan lived a full and wonderful life. He umpired for the Lakeville & LaPaz youth baseball & softball leagues in the 70’s & 80’s. He loved to watch the girl’s college softball tournament on TV. He was a volunteer for the Marshall County Red Cross for over 30 years. Dan worked in the family business, Rensberger Oil Co. from 1980 till 2002 when it was sold to Yoder Oil Co. (Dan’s Dad started Rensberger Oil on October 13, 1952, Dan’s 1st birthday) Dan was currently employed at Fiserv in South Bend from 2002 till present.
Dan loved to cook. He had cooked the Church’s Christmas Dinners for many years. Dan would organize, buy food and cook the meals for family & friends that would go to the wilds of the Upper Peninsula. They went for over 10 years to the U.P. Dan won him & his wife a one week all-expense paid trip to Paris, France in 2009. He had submitted his Candy Bar Puffs (a puff pastry recipe) on line on a whim for a chance to win the trip. During the trip Dan and his wife were able to go to a Cook’n with Class for free and made 5 different kinds of patisseries taught by a certified Cordon Blue Patisserie Chef.
He loved to work on his computer, running power point for church on Sunday mornings and when needed at wedding and funerals. He also had been the church’s Financial Secretary for over 10 years.
Dan has been an active member of the St. Joseph County Tea Party Patriots for over five years. He was their membership coordinator and treasurer.
Daniel is survived by his loving wife of 40 years, Vicki of Lakeville and their twin sons: Nathan J. (Elizabeth) Rensberger and Scot D. (Jina) Rensberger both of Plymouth. Five grandchildren: Matthew, Sarah, Anna, Haley, and Zachary. He is also survived by a brother Dennis R. (Donita) Rensberger. {Dan & Dennis, brothers married sisters Vicki & Donita Ames} Also surviving is his father Loren and mother-in-law Lavera Ames.
He was preceded in death by his mother Dixie Lee and father-in-law Don Ames.
The family would like to express their appreciation to the ICU team at Memorial Hospital and Center for Hospice Care.