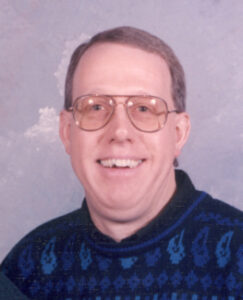 Daniel Paul Weaver, 58, a resident of 6A Road in Plymouth, passed away at his home on Friday, April 6th of natural causes.
Dan was born the son of Robert P. and Marilyn R. (Gordon) Weaver on August 14, 1953 in Plymouth. He graduated from LaVille High School and Purdue University. He worked as a pharmacist in the Plymouth area.
He is survived by his father Bob, a brother Mike Weaver of Plymouth and a sister, Susan Weaver of Delray Beach, Florida.
Visitation for Dan will be held on Thursday, April 12th from 4 – 8 p.m. in the Johnson-Danielson Funeral Home, 1100 N. Michigan St., Plymouth. Services will be held on Friday, April 13th at 11 a.m. in the funeral home. The Rev. Paul Nye will officiate.
Burial will follow in the New Oakhill Cemetery, Plymouth.
Memorial gifts may be given to an Alcoholics Anonymous Program.