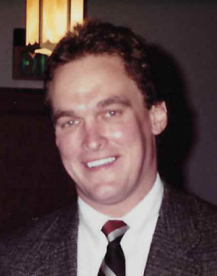 Dan was born in South Bend, Indiana on January 12, 1955 to Stanley Malicki and Helen LaFree Malicki of Crumstown. He attended New Prairie High School where he competed in basketball, held many receiving records in football and graduated in 1973. He continued his education at Purdue North Central, where he played intercollegiate basketball, and graduated from Purdue University in West Lafayette in 1977 with a BS degree in Industrial Management.

Dan began his career as a Supervisor at Young Door in 1977. After their purchase by Jeld-Wen, Dan enjoyed career advancements and ultimately served as President of the Door Group, managing door manufacturing facilities around the world. Dan’s work family included many talented close friends.

Dan married Janis McGee in 1981 and supported her with his love and strength during their 39-year marriage. As an only child, Dan cherished his two daughters and his close relationship with them – one his partner in anything Notre Dame, and the other his irreverent, witty clone. He had a loving relationship with Janis’ parents whom he considered his own. He was close to his brothers-in-law and bonded with them during hunting trips and sports. He was also fortunate to have three childhood friends who were like brothers.
Dan had a lifelong love of sports. If he was home the TV was on and tuned to ESPN. He may have been a Purdue Alumni, but he was THE ND supporter – sometimes irritating opposing fans with his ardor.

Dan spent his leisure time collecting Ducks Unlimited Sponsor prints, toy tractors, and Terry Redlin prints. He was content in retirement to stay close to home and visit with family and friends, especially via cell phone. He loved the outdoors, chocolate labs, his family farm and Bud Light. He had a quick wit, self-deprecating sense of humor and never lacked for an opinion.
Dan was preceded in death by his parents. He is survived by wife, Janis; daughters Caitlin and Carlin; Brothers-in-law John (Sharon), Wayne (Cheryl) and Tom (Susan) McGee; and beloved nieces and nephew.

A time of gathering to honor Dan will be held at Johnson-Danielson Funeral Home, 1100 N. Michigan Street, Plymouth, on Tuesday, December 29, 2020 from 11-1pm and from 5-7pm with a Memorial Service at 7pm. A Celebration of Life will be held at a later date.

Please click the link below to join the live stream of the service: