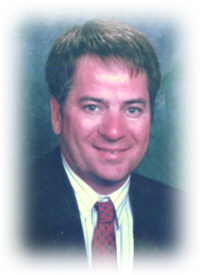 Daniel W. Houin, 12603 11B Road, Plymouth, died at 8:37 p.m. on Tuesday, August 28, 2007, in Saint Joseph Regional Medical Center, Plymouth. Dan died from injuries relating to a farming accident earlier that evening.
He was 49-years-old, a self-employed, hard-working farmer and a devoted husband and father.
Born on April 7, 1958, Dan was the tenth of the twelve children of Elmer Vincent and Lena Mae Baker Houin. He was baptized in St. Michael’s Roman Catholic Church in the same baptismal gown of his siblings, handmade by his mother.
He graduated from Plymouth High School with the class of 1976 and was involved in the FFA Program as an active member of the student body.
On November 20, 1982, Dan and Tana J. Rodgers were married in St. Michaels at Plymouth.
Dan has been involved in farming his entire life. In his youth he was in 4H and showed tractors, small engines and electrical projects. Raised on the family farm which was passed on from his grandparents, it has now become the core property of a Holstein milking operation in partnership with his brother Floyd since1979. Together they raise Holstein milking herds.
A rather quiet man at times, he had a great sense of humor and really connected with children and young adults.
Dan enjoyed many sports and never missed an opportunity to watch and support his children in their many endeavors. He himself played volleyball, basketball and ‘struggled’ with golf. He was a fan of Chicago’s professional teams.
He is a lifelong member of St. Michael Catholic Church and a local member of the Moose Lodge No.741.
Dan is survived by Tana, his wife of 25 years, and their two children, their son, Matthew D., a student at Purdue University and Lindsay E., their daughter of Plymouth.
Susan L. Rodgers, his mother-in-law, of Plymouth, survives as well, together with his four brothers and six sisters which includes numerous nieces and nephews.
His surviving brothers are: Floyd M. (Debra) Houin, Plymouth: Vern A. (Julie) Houin, Granger: Roland E. (Kathy) Houin, Bremen, and Chris E. Houin, Burton, Ohio
His sisters are: Donna M. (Kent) Mattix, Plymouth: Jeanette A. (Glendon) Becker, Argos: Virginia R. (Gary) Mechling, Bloomington: Linda M. (Kenny) Nifong, Argos: Susanna E. (Richard) Chesak, North Judson: and Marlene A. (Daniel) Taiclet, Plymouth.
Three sisters-in-law are; Frances A. Houin of Plymouth, Melinda K. (Tim) Lemler of Bourbon and Cheryl L. (John) Caine of Pottsville, Penn. survive with a host of aunts, uncles, cousins and friends.
Dan was preceded in death by his parents, his father-in-law, Melvin C. Rodgers and a brother, David V. Houin.
Friends are invited to share memories and celebrate the life of Dan Houin from 3 to 8 p.m. on Friday, August 31, 2007, at the Johnson-Danielson Funeral Home, 1100 N. Michigan St., Plymouth. A Rosary will be prayed at 8 p.m.
Visitation will continue after 7 a.m. on Saturday at the funeral home.
A Mass of Christian Burial, officiated by the Rev. Father William Kummer, at St. Michael Catholic Church, 615 N. Center St., Plymouth, will be held at 10:00 a.m. on Saturday, September 1, 2007.
The family request that memorial gifts in Dan’s memory be given to the church or the Plymouth High School Athletic Department.