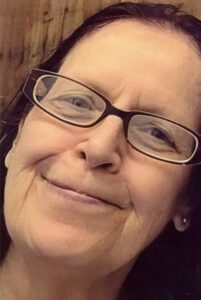 Born in Mishawaka, Indiana on November 13, 1954, Darlene was the daughter of Harold and Norma (Merten) Seggerman. She graduated from Penn High School with the class of 1974.

While working at McDonald’s, a young man, David P. Colburn, would come in one day and be smitten by her. From that moment on, it was love at first sight. The two would wed on June 27, 1975, in Granger. The couple would remain best friends for 50 years and married for 48 years.

She worked for McDonald’s in Plymouth on the night shift and most recently in Nappanee on the day shift. She would very often be heard singing all sorts of songs in the kitchen.

Darlene was outgoing, friendly caring and easy going. But some would also say she enjoyed voicing her opinion. She was a caring and loving wife and mother, but often worried about her family and making sure they were ok and taken care of.

She enjoyed watching TV and being with her dog and best companion, Molly.

Darlene is survived by her husband, David, and their daughter, Jennifer (Joe Jr.) Railing of Plymouth; and granddaughter, Brandie and grandson Dakota McVicker.

A Celebration of Life will be held at a later date.

Memorial contributions can be made to the family or Humane Society of Marshall Co, PO Box 22, Plymouth, IN 46563.

Condolences may be sent to the family through the website:  www.johnson-danielson.com [1]