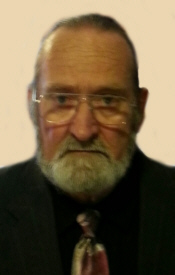 David A. Epley, 67, of 12th Road, passed away after a brief illness at 5:20 p.m. on Friday, February 7, 2014 in the South Bend Hospice House.
The son of Arthur G. and Constance I. (Bray) Epley, David was born in Chicago Heights, Illinois. He graduated from Bloom Township High School.
On May 26, 1979 in Palos Hills, Illinois, David married Pamalynn J. Manewal.
He worked as a carpenter for Easterday in Culver prior to his retirement in December of 2012.
David enjoyed woodworking and working in his garage. He liked camping with his family and loved playing with his kids and grandkids. David also enjoyed primitive re-enactments which included muzzle loading and blacksmithing. He was a member of the Indiana Blacksmithing Association, Inc. and the Muzzle Loader Groups in Marshall County.
David is survived by his loving wife, Pam and their five children: Allan J. (Amy) Epley of Beach Park, IL, Christine A. Epley-Sorenson of Champagne, IL, Colleen M. Wood of Romeoville, IL, Kara L. (David) Ludwig of Plymouth, and Nicole L. Ryall of Sanford, FL; his mother, Constance; 8 grandchildren; his siblings, Margaret M. (John) Zatarski of Phoenix, AZ and Paul J. (Carol) Epley of DeMott, IN; his aunt, Mary Ruth Fries of Glenwood, IL; and many nieces, nephews and cousins.
He was preceded in death by his father.
Visitation will be from 4 – 8 p.m. EDT on Wednesday, February 12, 2014 in the Johnson-Danielson Funeral Home, 1100 N. Michigan Street, Plymouth. Funeral services will be at 11:00 a.m. EDT on Thursday, February 13, 2014 at the New Song Church, 410 N. Kingston Rd., Plymouth, officiated by Pastor Justin Chambers. Visitation will resume one hour prior to the service in the church.
Burial will take place in the New Oakhill Cemetery, Plymouth.
Memorial gifts may be made to David’s family.