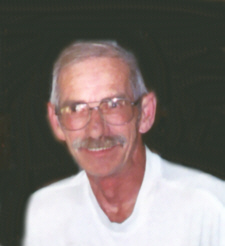 David A. Lee, 63, a lifetime Plymouth resident, died in the loving care of his family, friends and the Marshall County Hospice, at Pilgrim Manor Nursing Center, at 10:55 a.m. on Monday morning, October 12, 2009. Born in Plymouth, the son of Virgil E. and Catharine L. Day Lee on August 27, 1946, Dave was a graduate of Plymouth High School in the class of 1964.
On June 26, 1965, in Plymouth, he and Janet R. Bair were married in the Pretty Lake Trinity United Methodist Church. Janet preceded him in death on November 28, 2000.
A self-employed carpet installer, Dave had installed carpet in many homes and businesses in the area.
Dave enjoyed camping with family and friends in most of Indiana’s State Parks. He also enjoyed watching television, especially NASCAR races, going to flea markets and spending time with his grandchildren.
David is survived by two sons and their families. They are Mark A. and fiancée Pam Mahler and their children: Austyn Lee, Ashley Mahler and Makaela Mahler: Scott D. and Dolly Lee and their children Crystal, and Scottie, Jr., all of Plymouth.
He is also survived by his mother, Catharine L. Lee, a sister, Mary Burdon, both of Peru, IL., and his mother and father-in–law, Dollie E. and Frank E. Bair, Jr., of Plymouth.
Dave was preceded in death by his wife, Janet and father, Virgil.
Friends may visit with the family from 4 to 8 p.m. on Friday, October 16, 2009, in the Johnson-Danielson Funeral Home, 1100 N. Michigan St., Plymouth.
Funeral services, officiated by the Rev. Charles Krieg, will be at 10:00 a.m. on Saturday, October 17, 2009, in the funeral home. Burial will be in New Oakhill Cemetery, Plymouth.
Memorial gifts in Dave’s memory may be made to the Center for Hospice and Palliative Care or to the Boys and Girls Club of Marshall County.