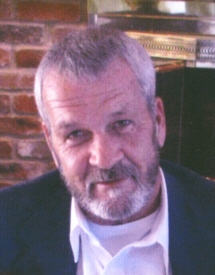 Lifetime Marshall County resident, David A. Zumbaugh, 63 of Bremen, passed away at his home on Tuesday afternoon, February 19, 2013.
Born David Allen Zumbaugh on March 2, 1949 in Plymouth, he was the son of Marvin Dale and LaEuna C. (Lemert) Zumbaugh. His father would precede him in death on February 24, 1997. LaEuna, his mother, resides in Plymouth.
He graduated in 1967 from John Glenn High School. In May of 1968 he enlisted in the U.S. Army and served two years of active duty with a year being stationed in Germany.
David has been a longtime warrior of the road as a self-employed truck driver having logged over a million miles with the former Chase Leasing in Plymouth and 21 years with Frontier Trucking based in Indianapolis. He was also a John Deere tractor and Harley Davidson motorcycle enthusiast and mechanic. David also enjoyed landscaping and gardening.
He will be remembered for his kindness to others especially those in need.
As an active member of the Teegarden First Brethren Church, he served as a Deacon and helped coordinate cookouts.
On November 20, 2001 he married Loretta M. Dill who survives. David is the father of Tari L. and her husband Scott Clidence of Canal Winchester, Ohio who survives with twin granddaughters; Whitney and Lauren Clidence.
Also surviving are: Brian and Lorilyn Dill and children; Alyssa and Andrew, Brad and Jessica Dill and son Bryce, and Jason Dill and his children; Vince, Selena, Rhianna and Collin.
David’s brother, Lee D. and Ann Zumbaugh survive as well with a daughter, Erin. He was preceded in death by his father, his maternal grandparents; Millard and Grace Lemert and paternal grandparents; Clyde and Edith Zumbaugh.
Visitation will be held on Friday, February 22nd from 4 – 7 p.m. in the Johnson-Danielson Funeral Home, 1100 N. Michigan St. Plymouth. Services to honor David’s life, will be held at 10 a.m. on Saturday, February 23rd in the Teegarden First Brethren Church, 16518 1st Road where calling will resume after 9 a.m. until time of services. Pastor Robbie Keck will officiate.
Burial will be in the Morris Cemetery on Hwy 6 west of LaPaz with military honors provided by members of the Plymouth American Legion Post 27, Veterans of Foreign Wars – Marshall County Post 1162 and the D.A.V.
Preferred are memorial contributions to the church.