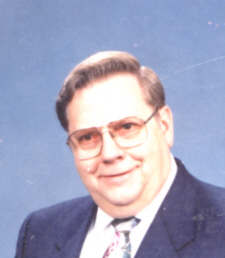 David Eugene Foust, 72, of Plymouth, Indiana died of a chronic, terminal illness at Culver Merry Manor Nursing Home where he received wonderful care. Dave, as he was known to most, lived his life much as his life ended; with dignity, a great sense of humor, strong of character and faith and with a quiet sense of peacefulness.
Dave was born November 21, 1936, to Alice (Disinger) Foust and Norman Foust and lived most of his growing up years in Kewanna, Indiana. He met and married his true soulmate, Rita Kathleen (Mohler) Foust, who survives him, on March 23, 1956.
Dave was honorably discharged from the United States Army on October 1, 1961. His patriotism was evident; an American flag was always displayed outside his home.
Surviving are three children; Kathy and husband John Sebby of Lakewood, Colorado, Randall (Randy) and Lynda Foust, of Mountain, Wisconsin and Jennifer (Jenny) and Kevin Wilk of Roselle, Illinois. The people to bring him more joy than his children are his 12 surviving grandchildren, 6 great-grandchildren and their families whom he was known affectionately as “Grandpa Dave”. There is a sister-in-law, Joyce Brooks, and numerous nieces and nephews who have considered him a surrogate father as well.
Dave was a brother to Willard and his wife Sally Foust of Kewanna, IN, who preceed him in death. Surviving brothers are Harold and wife Patricia Foust of Leiters Ford, IN and Marion Foust of Palm Harbor, FL.
Dave worked for 44 years at Dean Foods, beginning his career in Rochester, IN transferring to the corporate offices in Franklin Park, IL and then ending his career once again in Rochester, IN.
Dave’s faith in our Lord Jesus and the saving of souls for heaven was of paramount concern to both Dave and his wife. They were both founding members of Willow Creek Community Church in the Chicago Suburbs. Upon his retirement he served as Sunday School Superintendent and on the Board of Directors at the Winamac Church of the Nazarene. Their move to Plymouth, IN, brought their membership to The First United Methodist Church of Plymouth.
David’s “Promotion To Glory” is truly heaven’s gain!
Visitation is at Johnson Danielson Funeral Home, 1100 N. Michigan Street, Plymouth, on Tuesday, January 13, 2009, from 4:00 p.m. to 8:00 p.m. Service will be held Wednesday, January 14, 2009, at the First United Methodist Church, 400 N. Michigan Street, Plymouth, at 11:00 a.m. with calling one hour prior to services at the church. Military funeral rites will be accorded to Dave by the Plymouth American Legion Post 27 and Plymouth VFW Post 1162.
Memorials can be made to Cancer Society or the First United Methodist Church of Plymouth.