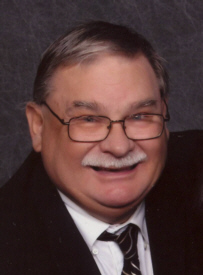 David G. Cramer, 62, of 5th Road, passed away at 12:31 p.m. on Thursday, January 16, 2014 in St. Joseph Regional Medical Center, Plymouth.
The son of Walter G. and Dorthy J. Wegner Cramer, David was born in Goshen on October 27, 1951. He graduated from Goshen High School.
In the Queen Ann’s Inn in South Bend, David married Shirley Ann Holdeman on March 17, 1992.
David worked for various AutoZone stores in the Michiana area for 12 years. He then worked for Walmart at the Portage location in South Bend for 13 years until his retirement.
A quiet man, David loved watching T.V. with his furry children, Benji and Lucky Cramer. He loved family cookouts and family gatherings. He enjoyed building antique model cars and trucks. He rebuilt a 6-foot lighthouse this past summer for his front yard, as well as collecting lighthouse figures. David was a fan of Notre Dame Football. He also enjoyed trips to the Albanese candy store in Hobart, Ind. and to Bronner’s Christmas Shop in Frankenmuth, Mich.
David is survived by his loving wife, Shirley Ann of Plymouth and their seven children: Jennifer (Arthur) Barnett of Goshen, Sarah (Richard) Sidor of Syracuase, Adam Cramer of Nappanee, Christopher Cramer of Elkhart, Tammy (Steve) Mullins of Elkhart, Monica (Jason) Nine of Lakeville, and Carl (Haley) Fisher of South Bend. Also surviving are 10 grandchildren: Colleen, Arthur, Brianna, Sam, Akelia, Tayler, Kamyrn, AJessa, Serenity and Jereck; and 2 nieces, Ashlee (Jeremey) Millirans and Leah Johns.
He was preceded in death by his parents; siblings: Sue Ellen Davis, Amy Diane Johns, Richard W. Cramer and Don Cramer; and a granddaughter, Nysa Anne Faith Sidor.
A memorial service will be held at a later date.