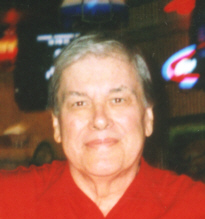 David H. Feagler, 73, formerly a well-known Plymouth attorney, died of natural causes at 2:37 p.m. on Thursday, July 13, 2006. A patient in the Catherine Kasper Home, 9601 Union Road, Donaldson, David had come home to be with his daughter, Robin, during his recent illness.
Born in Auburn, Indiana on July 7, 1933, he was the son of Dwight and Sarah Naomi Harkless Feagler. He graduated from Auburn High School and DePauw University and earned his Doctorate of Jurisprudence from Indiana University School of Law.
A United States Army veteran, David first practiced law with the firm of Stevens & Wampler in Plymouth, before moving to his own practice. For the last 20 years, David was retired in Florida where he had pursued several business interests.
While in Marshall County, he was active in the Plymouth Jaycees, traveling and representing the group in their various interests. A member of the Republican Party, he served in many different capacities. He enjoyed watching football and I.U. basketball and was an expert bridge player.
He was formerly an active member of the First United Methodist Church.
David is survived by his daughter, Robin Cupka of Plymouth and by two sons: Eric and Karen Feagler, Minnetonka, Minnesota, and Kelly and Kim Feagler, Suffolk, Virginia.
Seven grandchildren also survive. They are: Quentin, Grace, Cole, Lauren, Ian, Chison and Karen. Three great-grandchildren survive as well.
David was preceded in death by his parents and a grandson, Alan Huber.
Friends may visit with the family at the Johnson-Danielson Funeral Home, 1100 N. Michigan St., Plymouth, on Sunday, July 16, 2006, from 2 to 4 p.m.
A memorial service will be held at 4 p.m. on Sunday, following visitation in the funeral home. The Rev. Paul Nye, pastor of the First Presbyterian Church, will officiate.
A private family burial service will be held in Woodlawn Cemetery, Auburn, Ind.
Memorials in David’s memory may be made to the Boys & Girls Club, Plymouth.