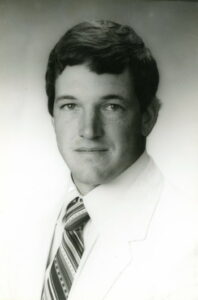 Born on April 28, 1955 in Plymouth, Indiana he was the son of Arnold and Mary Jayne (Ridenour) Dunfee. He attended Plymouth High School graduating with the class of 1973, where David was a star football and basketball player. During these years he would meet his high school sweetheart Jeanine Klingerman, and in 1975 they were married at Tyner United Methodist Church.

David proudly served his country in the United States Marine Corps for 3 years. Being the excellent athlete that he was, David played golf and was a member of the PGA for 40 years. He also owned Dunfee Trucking Company and dabbled with Real Estate. David owned Placid Lakes Country Club for numerous years in Florida before relocating back to his home town.

Known as a strong willed, hardworking man that absolutely set the tone for his family as a role model. To always be true to yourself and to never give up are just a couple of strong attributes that he left. David was full of love and adored his wife and sons, but truly lived for his grandchildren.

He enjoyed breeding Appaloosa horses and even passed that down to his granddaughter Olivia. David loved Friday night sports from High School football and basketball, which then led into college games on Saturday’s. He enjoyed water sports, especially boating.

David is preceded in death by his parents Arnold and Mary Jayne and his sister Laurie Susan.