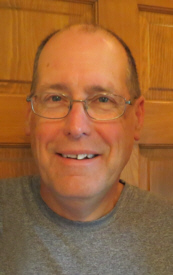 David J. Raimondi Sr., 60, passed away unexpectedly of natural causes on Sunday evening at 6:48 p.m. in the St. Joseph Regional Medical Center E.R. – Plymouth Campus.
Dave was born on May 25, 1955 in Blue Island, Illinois, the son of Shirley H. (Harrison) and Frank M. Raimondi. He was a 1973 graduate of Argo Community High School in Summit, IL.
On October 10, 1976, he took his sweetheart Mary E. Miljkovic as his bride for the next 39 years. They were married in St. Blasé Catholic Church in Argo, Illinois. They began their family with the birth of son David J. Jr. followed by daughter Elizabeth H. and in 1992 they moved to Plymouth which quickly became home. Grandson Derek James Raimondi arrived and Dave was always delighted to spend time in his company. Dave remained a true family man with his parents also living in Plymouth. Following their move to Plymouth, Dave established Raimondi & Associates as a self-employed manufacturer’s sales rep. Dave was the calm in a storm and dealt with those he represented and worked alongside with a sense of integrity, respect and appreciation.
Dave was raised in the Lutheran Faith but attended Mass with his family at St. Michael Catholic Church in Plymouth.
He enjoyed time outdoors and learned sport fishing and hunting from his father and passed that interest on to his children as well. They often traveled together as a family. When it came to golf, Dave had no bounds and recently returned from play at Bay Hill Golf Club where he saw Arnold Palmer again in person – or so he said.
Surviving is his wife Mary, son David J. Raimondi Jr., daughter Elizabeth H. Raimondi and her son Derek James and parents Frank and Shirley all of Plymouth. His six siblings include: Lynn (Dennis) Benkendorf of VA, Donald Raimondi of TN, Cynthia Farrell of FL, Charles (Sharon) Raimondi of IL, Lisa (Raymond) Joslyn of CO, Gina Greenwald of IL and numerous nieces, nephews and friends. The family will receive friends on Friday, November 6th from 4 – 8 p.m. EDT in the Johnson-Danielson Funeral Home, 1100 N. Michigan Street, Plymouth, Indiana. Funeral services will be held on Saturday, November 7th at 11 a.m. EDT in the funeral home with Fr. Jeffery Largent, Pastor of St. Mary of the Lake – Culver officiating.
Burial will follow in the New Oakhill Cemetery, Plymouth.
A luncheon and celebration of Dave’s life will immediately follow burial at Christo’s Banquet Center, 830 Lincolnway East in Plymouth.
Preferred are memorial contributions to: Make-A-Wish Foundation 201 N. Illinois St., 16th Floor, Indianapolis, IN 46204 or St. Jude Children’s Research Hospital P.O. Box 1893, Memphis, TN 38101-9950.