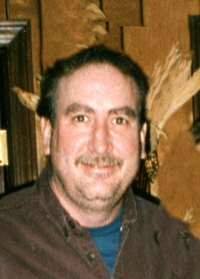 David Mark LaValle, 67, passed away on Monday, November 18, 2019 at 4:52 p.m. at Memorial Hospital of South Bend.
Born in Gary, Indiana on November 4, 1952, David was the son of John LaValle and Eleanor (Evans) Lewis. He graduated high school and went to trade school to become a mechanical engineer. David served for our country in the U.S. Air Force until his Honorable Discharge. He then began working for NIPSCO as a mechanical engineer until his retirement in 2014.
In Plymouth on November 29, 1991, David took Martha C. Martin to be his wife. While too short, they lovingly shared almost 28 years of making memories and laughs together.
David enjoyed camping, hiking and his yearly spring vacations to Florida. He was an avid bird watcher, and he had a great sense of humor, with a gentle, quiet soul.
He is survived by his wife, Martha of Plymouth and their children: Marie C. LaValle of St. Joseph, MI, James H. Davidson of South Bend, IN and Sara L. Davidson of Indianapolis; his two grandsons, Triston and Noah Davidson; his mother, Eleanor (Sherman) Lewis; brother, Michael LaValle of Mitchell, SD and sister, Tammy (Joe) Lynch of Valparaiso.
David was preceded in death by his father, John and his brother, Jeff LaValle.
Visitation will be held on Sunday, November 24, 2019 from 2-4 p.m. EST at the Johnson-Danielson Funeral Home, 1100 N. Michigan Street, Plymouth. Funeral services will follow at 4 p.m. in the funeral home.