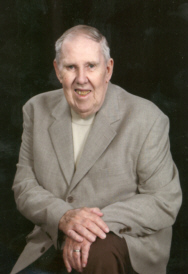 David M. “Dave” Mellin, 78, a respected businessman and public servant, died following an extended illness, at 9:16 p.m. on Tuesday, December 19th, 2006, in Saint Joseph Regional Medical Center, Plymouth, Indiana.
Born in Gas City, Indiana, on July 4, 1928, he was the son of the late Martin G. and Ethel T. McDaniel Mellin. The family moved to Walkerton when Dave was a year old. He graduated from Walkerton High School with the class of 1946.
Dave served with the United States Army – 21st Infantry Regiment in Japan from 1946 through 1947 and was a member of the Plymouth VFW, Post 1162.
On November 24, 1949, in Walkerton, Indiana, Dave and Patricia R. Penick, were married.
For over forty years, Dave was a grocer. He and founding partner Ray Chapman opened Dave & Ray’s Supermarket in Walkerton, then Koontz Lake, and opened the Plymouth store 1967. Together they opened the Ben Franklin Store in the Plymouth Plaza.
He and his family became Plymouth residents in 1968.
Dave was always active in community affairs, having served on the Walkerton Town Board and as president of the Marshall County Council. He was a past member of the Board of the First United Methodist Church and had served on various committees.
A dedicated Mason, Dave had served as Past Master of the Walkerton Lodge 619, and Past Patron of the Eastern Star. He joined the Scottish Rite – Valley of St. Joe and the Murat Shrine of Indianapolis.
With a competitive nature, Dave had bowled on the Plymouth Men’s League, enjoyed the game of golf, and was a member of the Plymouth Country Club. He followed Notre Dame sports and the Chicago Cubs. Dave is survived by Pat, his devoted wife of 57 years, and by their four children and four grandchildren. Their daughter, Susan L. Pace, resides in South Bend, Indiana. Their three sons and families are: Dr. D. Thomas and Shari Mellin of Elkhart with a son Matthew; Larry A. and Debbie Mellin of Plymouth and son Erik; Bob Mellin and his wife Maureen of Valparaiso and their daughters Ellie and Emily.
A sister, Iris Y. Jones of Walkerton, and sister-in-law, Jeannette Mellin of San Clemente, California also survive with several nieces and nephews.
Dave was preceded in death by a brother, Robert D. Mellin.
Friends will be welcomed to celebrate the life of Dave Mellin on Friday, December 22, 2006, from 3 to 8 pm. at the Johnson-Danielson Funeral Home, 1100 N. Michigan St., Plymouth, Indiana.
Masonic Rites will be held at 8 p.m. on Friday evening to honor Dave’s years of service.
Funeral services will be held at 11 a.m. on Saturday, December 23, 2006, in the First United Methodist Church, 400 N. Michigan St., Plymouth, Indiana. The Revs. Dr. Dean Fager and Rose Woodke pastors of the church, will officiate. Visitation will also be held one hour prior to services in the church.
Burial will be in New Oakhill Cemetery, Plymouth, Indiana.
Memorials in Dave’s name may be made to the First United Methodist Church.