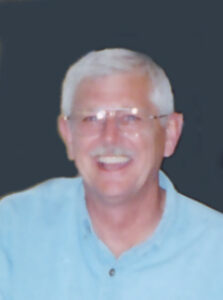 David Nyle “Dave” Davis, 57, living at 15368 Michigan Rd., Argos, for the past 30 years, died unexpectedly Tuesday evening of natural causes in Saint Joseph Regional Medical Center E.R., Plymouth.
Born the son of Fenten E. and Berniece H. Pozorski Davis in South Bend, Indiana, on August 18, 1950, Dave graduated from Plymouth High School with the class of 1968.
He then graduated from the Colorado School of Trades as a Gun Smith.
On August 30, 1968, Dave and Pamela A. Leffert were married in St. Michael’s Roman Catholic Church, Plymouth.
For the past three years, Dave had been the Service Manager for the Culver Marina. He had also worked in tool and die and operated the Davis Gun Smithing.
A true outdoors man, Dave loved fly fishing, upland bird hunting and enjoyed trips to the Bahamas and Alaska, all accompanied by his wife Pam.
A past member of the Plymouth Gun Club and Quail Unlimited, he had served as president of both organizations.
Dave is survived by his spouse and by their daughter; Shawnda L. (Steven) Wenino of North Liberty, Indiana.
A sister, Theresa L. Davis, Bourbon, and his mother-in-law, Barbara A. Leffert, Plymouth, survive as well along with special aunts, uncles, cousins and friends.
Major, his beloved German Drahthaar hunting dog will also miss the company of Dave.
Dave was preceded in death by his parents.
Friends are invited to share memories with his family on Friday, June 20, 2008, from 3 to 8 p.m. at the Johnson-Danielson Funeral Home, 1100 N. Michigan St., Plymouth.
A Rosary will be prayed at 7:30 p.m. lead by dear friend, Dr. John Bottorff Sr.
Funeral services will be held at 11 a.m. on Saturday, June 21, 2008, at St. Michael’s Catholic Church. The Rev. Fr. William Kummer will officiate.
Burial will be in New Oakhill Cemetery, Plymouth.
Memorial gifts in Dave’s memory may be given to the Center for Hospice and Palliative Care, 112 S. Center St., Plymouth, IN 46563 or Argos Community EMS.