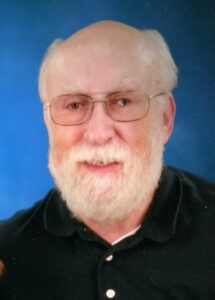 Dave Barkmeier, 72, passed suddenly after a short illness. He was the only child of Ray and Helen Harris Barkmeier of Plymouth, Indiana. He was an avid reader of history and all things Shakespeare. Dave was also a lifelong Yankee fan while also enjoying history, politics, baseball, golf, contract bridge, trees, jazz, and the preparation and eating of fine food and wine. He considered his dogs, Pub and Yogi as part of his family.

After retiring Dave returned to Plymouth. He quickly made many contributions to local non-profit organizations and was a real asset to the city of Plymouth. Dr. Barkmeier’s academic achievements were numerous. After graduating with the Plymouth High School class of 1967, he received a B.A. in psychology from Indiana University South Bend in May 1972. He earned an M.A. in psychology at Western Michigan University. Dave began his doctoral work at Georgia State University in Atlanta and continued at the University of Florida to complete his PhD in1978. He began his teaching career in 1979 at Northeastern University in Boston and remained there for over 25 years.

The professor had a memory for detail, enjoyed math and had a wonderfully quirky sense of humor. He was a consummate back seat driver who always knew the fastest way to get anywhere. Above all Dave was an honest man and a loyal friend. He will long be remembered and missed by many.

As per his wishes, there will be no services. Donations thru the funeral home will go to the Humane Society of Marshall Co, PO Box 22, Plymouth, IN 46563, and be used to plant a tree in Dave’s name at River Park Square, where he often walked his dogs.