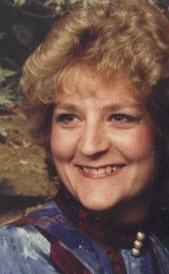 A Life Celebration will be held on Sunday October 26, 2014. All are invited to attend. Please contact the family for details. Dawn Elizabeth (Rice) Clark exchanged her earthly home for her heavenly home on Saturday, Aug 30, 2014 at 12:42 pm at the tender young age of 51. She was welcomed there by her Savior, as well as her parents, David Terry and Deanna Jo (Powell) Rice, and her eight miscarried babies. Among those keeping watch on earth until we see her again include:
Her husband: Jeffrey Duewaine Clark
Her children: Danica Jo Clark – 25, Jeffrey Duewaine Clark II – 22, Deniecia Elise Clark – 20, Delaiah Joy Clark – 18, Damarah Grace Clark – 16, Dominica Gail Clark – 15 and Davenna Faith Clark – 8
Her brother: David Cameron Rice
Her sister: Denee Nanette (Rice) Anglin
The immediate family held a private graveside service on Wednesday, September 3, 2014. Contributions may be made to the family. Or to truly honor Dawn’s life, pour yourself a cup of coffee, sit on your front porch and invite a friend or two over to chat about how much Jesus loves you.
__________________________________________________________________________
Dawn was born in Salina, Kansas as the first of three children (siblings David Rice and Denee Rice Anglin) to the David and Deanna Rice family. Her parents moved the family to Naperville, Illinois shortly after, where her father designed computer systems for IBM. In 1974, they moved to South Bend, Indiana. Dawn was an exceptionally bright student, always displaying an inquisitive and effervescent spirit. This led to her receiving a full-ride Theatre scholarship from Kappa Kappa Kappa to Indiana University South Bend.
While at IUSB, she met and soon married Jeffrey Clark on December 17, 1983 at the age of 21. They immediately began serving in their church as Youth Leaders and Sunday School teachers. In 1989, their first child was born, with six more to follow by 2005. In between, they had eight miscarriages.
Dawn’s life was marked with a constant desire to know God better and to encourage others to know Him better. Together with her husband, they participated in a deaf drama ministry, taught a sign language class, led prayer ministries, taught classes on prayer and the Word, wrote, directed and performed plays and skits, and started their own church.
With the advent of the Internet, Dawn’s influence went global. She and Jeff taught, encouraged and prayed for believers and unbelievers all over the world. They ran Internet-based prayer, encouragement and teaching ministries. In 2010, they helped plan and coordinate the National Bible Bee. In 2013, they received their certification as Biblical Life Coaches.
In addition to this, Dawn and Jeff worked together as editors and ghost-writers, authoring several books on topics as diverse as real estate flipping, prayer in the marketplace and gamma option stock trading. They also worked as marketing and social media coaches, helping many businesses launch or increase their online presence.
Somehow, in the midst of all this, Dawn found the time to homeschool seven children, learn and teach naturopathic healing with essential oils and herbs, can her own produce, develop new recipes and mentor other wives and mothers. She touched thousands of lives in dozens of countries with her quick wit, her in-depth knowledge of scripture, her passionate prayer life and her love. Heaven is richer for her arrival. We are richer for having known and loved her.