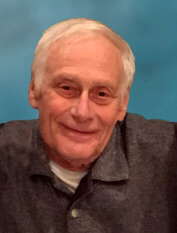 Dean L. Shively, 78, formerly of Tuxedo Drive in Plymouth, passed away Saturday evening at IU Health Ball Memorial Hospital in Muncie, Indiana.
Dean was born in Claypool, Indiana on March 13, 1939 to Merle L. and Elene E. (Hill) Shively. He attended Warsaw High School and graduated with the class of 1958. While in school he played basketball, ran cross country and track, and still holds a track record to this day. In 1960, Dean joined the Army National Guard and served from 1960-1966. He later attended IT&T Technical College to become an electrical technician.
On June 16, 1962 in Warsaw, Dean married the former Martha J. Anderson, the love of his life. He was a devoted husband, father and grandfather. He was a role model to his family and enjoyed the company of those closest to him. He will be dearly missed by his children and grandchildren.
He worked for the Northern Indiana Public Service Company at the Wheatfield Generating Plant (Shafer Station) for over 20 years until his retirement.
Dean loved being outside and doing yard work. He enjoyed fishing, golfing and woodworking. He attended his grandchildrenâ€™sâ€™ sporting events as often as he could, and cherished the time he spent with them. He loved telling his grandchildren about his childhood and taught them many life lessons to become strong and loving people.
Dean is survived by his wife of 55 years, Martha, and their three children: Cindy (Kurt) Klem of Indianapolis, Jennifer (Darren) Reno of Indianapolis and Brad (Rachel) Shively of Atlanta, GA; 5 grandchildren: Michael, Owen, Erik, Keira and Eleanor; and his siblings, Noretta (Bob) Brown of Nappanee and Gary (Judy) Shively of Bremen.
He was preceded in death by his parents.
Visitation will be held on Saturday May 27, 2017 from 12-2 p.m. in the Johnson-Danielson Funeral Home, 1100 N. Michigan Street, Plymouth. Funeral services will follow in the funeral home at 2 p.m. with Rev. Charles Krieg officiating.
Burial will be in the New Oak Hill Cemetery, Plymouth.
Memorial contributions can be made to the IU Health Ball Memorial Hospice, 2401 University Drive, Muncie, IN 47303.