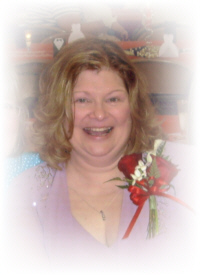 Debra M. Beaman, 53, a Poplar Street resident of Plymouth, passed away following an illness at 7:56 p.m. Tuesday, May 17, 2011 in the St. Joseph Regional Medical Center – Mishawaka.
Debbie was born on September 9, 1957 in Michigan City, Indiana, the daughter of Vince and Judith (Brewer) Hogan. She graduated from New Buffalo High School and continued her studies in Early Childhood Education at Bob Jones University where she earned her degree.
On October 4, 1984 at the Grace Baptist Church in Plymouth she became the bride of Terry A. Beaman and experienced being the wife of a military man.
Debbie loved children and was able to teach at the Grace Baptist School prior to being stationed in England where she taught at a Department of Defense School. Upon their return to the States she taught at Riverside Christian Academy in Indiatlantic, Florida and then resumed teaching at Grace when the family returned to Plymouth. For the past ten years Debbie was a Teacher’s Aide with the Plymouth Community School Corporation’s Title One Program spending her past few years at Washington Elementary.
The family is a member of Lakeside Baptist Church in Lakeville and next to her faith her number one interest remained her love for children – her two sons; Jason A. (Jennifer) Beaman and their son Jayden A. Beaman of Griffith, Indiana and her youngest son Joseph S. Beaman and his fiancée Kristy of Ft. Pierce, Florida. Although gravely ill Debbie was able to know that Joseph graduated from Pensacola Christian College last week, which was her goal.
Also surviving are: two brothers and two sisters; Dwayne (Debbie) Hogan, Steve (Brenda) Lenchke, Patti (Mike) Zimpfer all of Michigan City and Sherrie Wiegel of LaPorte. Several nieces and nephews survive as well.
Debbie was preceded in death by her parents.
Visitation will be held from 3 – 8 p.m. EDT on Friday May 20th in the Johnson-Danielson Funeral Home, 1100 N. Michigan St. Plymouth. Services will take place on Saturday, May 21st at 11 a.m. in the funeral home. Pastor Vito Rulli will officiate. Burial will follow in the New Oakhill Cemetery, Plymouth.