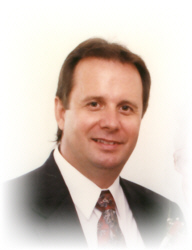 Delann “Dean” Noble Berger, 53, a resident of Costa Rica the past two years, passed away from injuries sustained in a motor vehicle accident on January 4, 2008.
Dean was born the son of Noble and Ruth (McCullough) Berger at the Plymouth Parkview Hospital on February 25th 1954. He was raised in the LaPaz area and graduated from LaVille High School with the Class of 1972.
Know to be a very personable and outgoing individual (a true free spirit). Dean was always seeking warmer climates and settled in Parrita, on the west coast of Costa Rica in 2006.
Dean was a former resident of Ft. Myers, Florida, where he enjoyed flying his own plane and cherished his two-term presidency of the Experimental Aircraft Association, Chapter 66.
He leaves behind five siblings and their families; Larry and Doris Berger of Dewey, Arizona; Jana and Jack Oliver of Plymouth, Sam and Debbie Berger of Lakeville, Marlene and Steve Allen of Sommerville, South Carolina and Julie and Donald Thornton of Beaver Creek, Ohio.
According to Dean’s wishes, cremation has taken place with services in San Jose, Costa Rica. A local memorial service will be held at the United Pentecostal Church – House of Prayer, 12450 Plymouth-Goshen Trail in Plymouth on Saturday, March 29th at 11:00 a.m. followed by a time of sharing.
Memorial gifts may be given in Dean’s memory to the Center for Hospice & Palliative Care, 112 S. Center St., Plymouth, Indiana 46563.