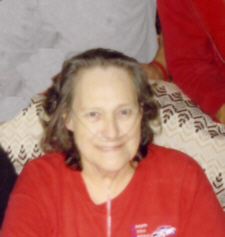 Deloris Mae Dean, 1332 Dora Lane, Plymouth, died at her home on Monday, June 2, 2008. She was 71-years-old. Deloris was born in Fall City, Nebraska on January 23, 1937. She was the daughter of Jake Brisby and Elvina Luella Anna Brisby. She was raised by Elvina and Clarence Elmer Hite, who raised her as his own daughter. She attended school until the sixth grade.
On January 14, 1954, in Fall City, Deloris and Clarence Earl Dean were married. Clarence died on May 17, 1997. Deloris was a homemaker and part of a military family until they settled in Plymouth 35 years ago.
A very charitable woman she was active with many programs.
She helped to found the Plymouth Neighborhood Center and worked with the Food Basket program. She volunteered for the March of Dimes and the Christmas Tree Program. She helped with the South Bend chili supper for disadvantaged people.
She was a member of the Indiana National Guard Women’s Auxiliary, a devoted Christian she was a member of the Church of Christ in Nebraska and was baptized in the Zion Baptist Chapel in Jack, Alabama.
Deloris is survived by five daughters and three sons. Her daughters are: Helen Ruth (Eric) Goodrich, Plymouth, Ind.: Eunice Anna Marie Klaer, Parkhill, Mo.: Cindy Lou Sanders, Jack Alabama: Mary Darlene Dean: Kathleen Louise Dean, Plymouth, Ind. Her three sons are: Earl Franklin (Mary) Dean: Clarence “Chip” Elmer Dean and Jakie O’Dell Dean, all of Plymouth, Ind.
One brother, Jake Brisby, St. Joe, Mo., and a sister, Mary (Jim) Reed, Bristol, Ind., also survive, together with 28 grandchildren and 13 great grandchildren. Deloris was preceded in death by her parents, her husband, a sister, Darlene Brisby Stewart, a baby brother, Billy Brisby. Friends are invited to be with her family and share memories of Deloris and her life on Wednesday, June 4, 2008, from 5 to 8 p.m in the Johnson-Danielson Funeral Home, 1100 N. Michigan St., Plymouth, Ind. Funeral services, officiated by Rev. Larry Ferguson will be held in the funeral home on Thursday, June 5, 2008, at 11 a.m.
Burial will be in New Oakhill Cemetery.
Memorial gifts in Deloris’ memory may be made to The American Cancer Society.