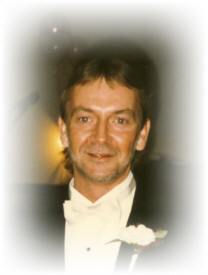 A family grieves at the unexplainable loss of a son, brother, father and lifetime Plymouth resident; Dennis C. “Denny” Shock who’s life ended unexpectedly at the age of 50.
Denny died at 5:20 a.m. Monday September 4, 2006 in the Ft. Wayne Burn Unit of St. Joseph Medical Center.
He was born in Plymouth on January 15, 1956, the son of Elvin Carl and Betty Lou (Tomlinson) Shock and was baptized into Christ’s Church. He had attended Plymouth High School with the Class of ’74 and truly enjoyed life – fishing local lakes and deer hunting.
He was a longtime employee of Lobdell – Emery / Oxford Automotive in Argos, Bremen Glass / Maxx and most recently DC Current Inc.
Surviving is a daughter Rebecca, son Adam, sister Penny L. Dixon of Plymouth and brother Roddy L . (Debbie) Shock of Prudenville, Michigan and Denny’s step-father Arthur “Jack” Snay of Plymouth.
Preceding in death were his parents, maternal grandparents; Harvey & Dorothy Tomlinson and paternal grandparents; Elvin & Velma Shock.
A service of remembrance will be held on Sat. September 9, 2006 in the New Oakhill Cemetery Chapel at 11 a.m. A time of sharing with family and friends will occur one hour prior to the service in the chapel. Entombment of ashes will be in the New Oakhill Mausoleum.