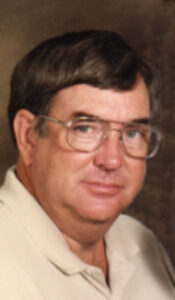 Lifetime resident Duane Kreighbaum, 65, died at his home Tuesday evening.
Born Dennis Duane Kreighbaum on August 10, 1951 in Plymouth, Indiana he was the second born of three children to Leo Eldon & Marie Alice (Stuntz) Kreighbaum. During his school years he was involved in F.F.A. and graduated with the PHS Class of 1969.
On May 2, 1981 in Our Redeemer Lutheran Church in Knox, he took as his bride the former Diane D. Brettin. They enjoyed 35 years of marriage and the blessing of one daughter, Adrienne D. Kreighbaum & Jansen Fischer now of Kettering, Ohio.
Duane retired as a substation electrician with N.I.P.S.C.O. in Goshen, Indiana after 30 years of service.
He was a street rod enthusiast and enjoyed working with his 1932 Ford coupe and 1957 Chevy pickup. Together they attended many local and national car shows.
Duane is survived by a loving wife, daughter and two sisters Gladys Modglin of Eaton, Indiana and Elaine Smith of Franklin, Ohio as well as three nephews Henry Modglin, Albert Modglin and Eric Smith. His mother-in-law Vaneada Brettin of Winamac also survives.
He was preceded in death by his parents, brother-in-law Albert Modglin and father-in-law James Brettin.
Visitation will be held on Sunday, September 25th from 2 â€“ 5 p.m. in the Johnson-Danielson Funeral Home, 1100 N. Michigan St., Plymouth. Services will be held there at 11 a.m. Monday, September 26th with visitation continuing one hour prior to services. The Rev. Eric Ahlemeyer, pastor of Calvary Lutheran Church, Plymouth will officiate.
Burial will take place in the Maxinkuckee I.O.O.F. Cemetery west of Argos on Highway 10.
Preferred are memorial gifts to the Center for Hospice Care 112 S. Center Street, Plymouth, IN 46563 or the Cancer Association of Marshall County Inc. c/o 9739 Sunnyside Drive, Plymouth, IN 46563.