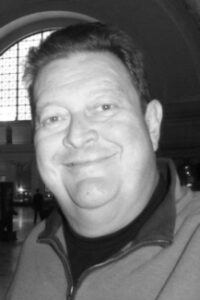 A memorial service at Ancilla College to celebrate the life of Dennis will be held on Tuesday, April 10th at 10 a.m. in the Ancilla Domini Chapel. A reception will follow with light refreshments. Dennis Lee Emmons, 53, a Plymouth resident most of his lifetime, passed away, following an illness, early Saturday morning, in the Catherine Kasper Life Center, on the grounds of Ancilla Domini in Donaldson, Indiana.
Dennis was born in Lakeville, IN., on February 1, 1959, the son of Dennis L. Sr., and Leila L. (Dinkledine) Emmons.
Dennis graduated from Plymouth High School with the class of 1977. He attended Purdue University and earned his Associate Degree from Ancilla College and his bachelor’s degree in Business from Indiana Wesleyan.
On May 3, 1986, Dennis and Joan L. Mitchell were married in Plainfield, IL.
He loved his family very much and he will be greatly missed by all who knew him.
Dennis is survived by his wife, son and two daughters. They are: Ryan M. Emmons, South Bend, Jillian M. Emmons and Rachel E. Emmons, both of Plymouth.
His mother, Leila Emmons and Dennis and Maggie Emmons, his father and step-mother, all of Plymouth also survive along with a brother, Douglas L. and his wife SuAnn Emmons of Tennessee, a sister, Debra L. Emmons and his maternal grandmother, Mildred G. Dinkledine both of Plymouth, also survive, together with several aunts, uncles, nieces and nephews.
Dennis was preceded in death by his grandparents, Thelma and Sherman Emmons, Sr. and grandfather, Loren Dinkledine.
His career led to finance and administration, he had served as the Director of Ministry Services with the Poor Handmaids of Jesus Christ and sat on the Board of Earthworks. He was appointed Building Commissioner under Mayor Cook, and was well versed in historical architecture and building codes, having restored his own home on North Michigan Street and saved another which was steeped in family history, from destruction by moving it several blocks onto North Center Street. He remained active in real estate with the firm Masterson and Associates. He was co-owner of The Pointe, providing housing for Ancilla College students.
Dennis was a member of the Roman Catholic Faith. A huge fan of Notre Dame football and Plymouth High School basketball, attending most home games, but he was, first and foremost, a dedicated Ancilla College Charger. He promoted the baseball team and organized what was known as the “Big D” golf outing to raise funds for spring trips and even drove the team bus.
Dennis has been a key figure in many capacities. His support of Ancilla athletics has been constant since his days at the school when he was a member of the men’s basketball club team and was past president of the Alumni Association.
On January 11, 2011, he was presented with the first ever “Charger Award” honoring him for his tireless dedication and generosity toward Ancilla College athletics. He also received the National Junior College Athletic Association Region 12 “ Real Sport Award,” an award given to individuals who contribute to junior college athletics outside of the game.
The college also erected a permanent picture plaque dedicated to Dennis on the walls of Charger Arena at the Lifeplex complex.
Friends are invited to share memories with his family from 4 to 8 p.m. on Thursday, March 29th in the Johnson-Danielson Funeral Home, 1100 N. Michigan St., Plymouth.
A graveside service will be held on Friday morning at 11 a.m. in the New Oakhill Cemetery, Plymouth. The Rev. Fr. William Kummer will preside.
A celebration of Dennis’ life is being planned on the campus of Ancilla College and will be announced at a future date.
He loved Ancilla and it was his wish that in lieu of flowers memorial gifts be made to Ancilla College as a scholarship fund.