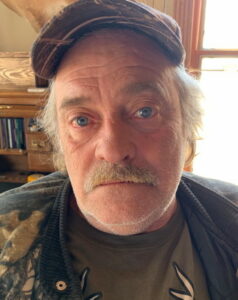 Dennis married his high school sweetheart Rebecca “Becky” Yeager on December 27, 2017 in Plymouth and she survives.

He was preceded in death by his parents, Dennis and Frieda Johnson.

Dennis was employed with the Papczynski Construction Company for 33 years as a laborer. He was very active in the LaPaz American Legion often delivering care packages at holidays and played Santa for several years.

Dennis was also an avid NASCAR fan and loved bantering with his wife Becky.

A Memorial Celebration of Life is currently being planned at the LA Paz American Legion to be held at a later date.