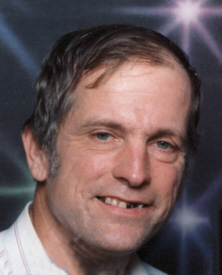 Dennis Lynn Altheide, 56, and lifetime Marshall County resident, passed away of a sudden heart attack on Sunday evening, December 29, 2013.
The son of Roy Edward and Helen Bernice Shauppaugh Altheide, Dennis was born in Plymouth on June 23, 1957. He attended the Indiana School for the Deaf and graduated with the class of 1980. From there, Dennis went on to take a few technical classes in Minnesota, but returned back home shortly after his father’s passing.
Dennis met Faith Ann Alexander in Kokomo at a Deaf Club function. On February 14, 1997, Dennis and Faith married in Plymouth and just five days later, the couple shared birth of their beautiful daughter, Denise. The couple would re-marry on September 24, 2005 in the Calvary Evangelical Lutheran Church in Plymouth.
He attended Albright United Methodist Church in Mishawaka until he could no longer drive. He then became a member of the Calvary Evangelical Lutheran Church.
He loved being with his animals and working on the family farm, and would help anyone in need. He was well known, loved man with a great sense of humor. He enjoyed being outside and attended local high school football and basketball games. Dennis was a Colts fan and enjoyed doing crossword puzzles. He adored his daughter and loved being with his family and friends.
Dennis is survived by his loving wife, Faith, and daughter, Denise Ann, both of Culver. His brother, Gary Wayne (Darla Kaye) Altheide of Culver and his nephew, Matt P. Altheide of Mishawaka.
He was preceded in death by his parents.
Visitation will be from 5 – 7 p.m. on Friday, January 3, 2014 in the Johnson-Danielson Funeral Home, 1100 N. Michigan Street, Plymouth.
Funeral Services will be at 11:00 a.m. on Saturday, January 4, 2014 in the Calvary Evangelical Lutheran Church 1314 N. Michigan Street, Plymouth, officiated by Pastor Steven J. Resner.
Burial will be in the Oakhill Cemetery.
In Dennis’ honor, memorial contributions can be made to his family.