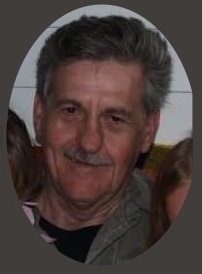 Devere “Whiskey” Wallace of Plymouth, passed away on January 2, 2019. Born on February 1st, 1940 to Harry and Nellie Viola (nee Dawson) Wallace in Marshall County, Devere was a lifelong resident of Marshall County except the for time he served in the Army. He married Lula Nitcher on October 19th, 1968. They were blessed with 12 children throughout the union. Whiskey was a machinist who retired from Bendix/Honeywell in South Bend. He then worked for and retired from Biomet in Warsaw.
Whiskey is survived by his step children; Johnnie Smith of Bourbon, IN, Sherry Smith of Plymouth, IN, Jackie Overmyer of Bremen, IN, Margie Everly of Plymouth, IN, Ray Pritchett of Plymouth, IN, Betty Kuhn of Plymouth, IN and Jeff Pritchett; Siblings, Alvina Flores of Osceola, IN, Linda Sheets of Argos, IN, Nadine Rice of Wakarusa, IN; also surviving are several grandchildren, great grandchildren, and great-great grandchildren. He was preceded in death by his parents, Harry and Nellie, his wife Lula, his daughter Leea, his step-children Glenn Smith, Virginia Sherk, Lorraine Cummins, and Kenneth Pritchett; his siblings Clayton Wallace, Derl Wallace, Merlin Wallace, Burton Wallace, Juanita Stapan and Roena Yazel.
Services will be held at the Johnson-Danielson Funeral Home at 1100 N Michigan St, Plymouth, on Monday January 7th, 2019, with the Pastor Tim Lee presiding. Visitation will begin at 11 a.m. and continue until the service at 1 p.m. Burial will follow in the New Oak Hill Cemetery.
Memorials can be made in Devereâ€™s name to Southern Care Hospice, 1101 E Glendale Blvd, Suite 102B, Valparaiso, IN 46383.