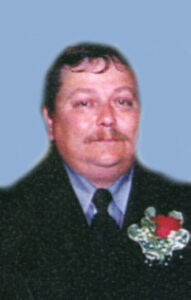 DeWayne E. O’Connor, 48, a Plymouth area resident most of his life, died at 1:34 p.m. on Thursday, March 4, 2010 at his residence under the loving care of his family and hospice.
DeWayne was born on October 29, 1961 in Columbia City, Indiana, the son of Lewis E. and Thelma Smith O’Connor. Lewis died when DeWayne was two years old. Thelma later married John Hensley, who also preceded DeWayne in death..
He was a 1980 graduate of Argos High School. On January 31, 1981, DeWayne married the love of his life and soul mate, Doreen L. Hill in The Church of Jesus Christ, Argos.
He had worked at R.R. Donnelley & Sons in Warsaw for 15 years, then was vice president and treasurer of Double O, Inc. in Warsaw, until he became ill.
DeWayne was an avid Cubs Baseball and Notre Dame Football fan, he enjoyed riding his Harley and Bass fishing and was happiest when working with kids, having coached T-Ball and Little League Football for 15 years.
He was a member of The Church of Jesus Christ in Argos and the Plymouth Moose Lodge.
DeWayne is survived by Doreen, his wife of 29 years, two sons: Christopher O’Connor of Huntington and Austin O’Connor of Plymouth, five grandchildren: Madysen, Chayse, Makenna, Masen and Ava and several other precious children who called him “PaPaw”.
Also surviving are his mother, Thelma Hensley of Argos, six sisters: Deborah O’Connor of Rochester, Reva (Eric) Anglin of Warsaw, Peggy Bender of Plymouth, Pheby Hensley of Rochester, Dawn O’Connor of Indianapolis and Susan (Jerry) Feasby of Monroeville; two brothers: Steve Hensley and Mark Hensley, both of Argos; his maternal grandmother, Grace Smith of Knox; his paternal grandmother, Julia Hart of Paulding, Ohio; his mother-in-law, Diane (Tim) Sheehan of Plymouth; his sister-in-law, Renee L. Hill of North Judson and several nieces and nephews. He was preceded in death by his father, his stepfather and his father-in-law: Robert Hill.
Friends are invited to share memories of DeWayne with his family from 4 – 7 p.m. on Monday, March 8, 2010, in the Johnson-Danielson Funeral Home, 1100 N. Michigan St., Plymouth. Funeral services, officiated by the Rev. Lloyd Howard, pastor of The Church of Jesus Christ, will be held at 11:00 a.m. on Tuesday, March 9, 2010, in the funeral home.
Memorial gifts in DeWayne’s memory may be made to the Center for Hospice and Palliative Care.
Burial will be in Leiters Ford Cemetery, Leiters Ford, Indiana.