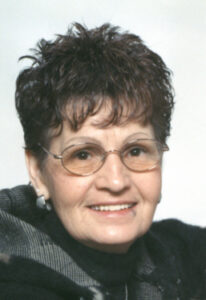 Dianna Kay Pointon, 67, a North Michigan Road resident in Plymouth, passed away following an illness on Saturday, January 4, 2014 at 9:46 p.m. in the Kindred Hospital, Mishawaka.
Diane was born on January 29, 1946 in LaPorte, Indiana, the daughter of William F. Weldon now deceased and Lillian E. (Hemminger) Weldon who resides in Hamlet, Indiana.
She had attended Walkerton High School. Diane was employed at Whitley Products in Plymouth for over 20 years.
Diane was an active person who loved time spent with family, camping, fishing, shopping flea markets, visiting with friends on Facebook and working circle a word puzzles.
Diane is survived by her loving husband, David E. Pointon and would have celebrated 50 years together this month. They were married in Roseland, Indiana on January 16, 1964. Also surviving is son David E. Pointon Jr. and his wife Althea of Tyner, four grandchildren; Justin R. Pointon, Dianna Renee Carroll, Josh Pointon and Jake Pointon as well as two great grandsons, Ryan and Kyle.
Her siblings include sisters; Sarah Jean Robinson of Koontz Lake, Bonnie Armentrout of Hamlet, Rose Heck of Ober, Kathy Weldon of Hamlet with brothers; Ronnie Weldon of Koontz Lake, Rick Weldon and Mark Weldon both of Hamlet along with numerous nieces and nephews.
Preceding in death were her father William Weldon, brothers Larry and Keith Weldon and sister Doris Treesh.
Visitation will be on Friday, January 10th from 4-8 p.m. EDT in the JOHNSON-DANIELSON FUNERAL HOME, 1100 N. Michigan St., Plymouth. Services will take place at 11 a.m. CDT in NEW LIFE PENTECOSTAL CHURCH, where Diane enjoyed to worship. It is located at 1600 Hamlet St., Hamlet, Indiana. Pastor Erve Bradley will officiate. Visitation will continue at the church after 10 a.m. CDT.
Memorial gifts may be made to the church.