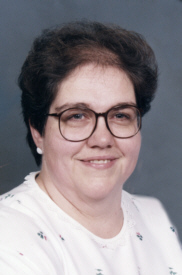 Dianne K. Howe, 68 a lifetime Marshall County resident, passed away at 7:55 a.m. on Wednesday, April 27, 2016 in Pilgrim Manor following an illness since last October.
Dianne was born on August 20, 1947 in Plymouth, Indiana to Wayne Grossman Jr. and Betty J. (Compton) Grossman. She graduated from West High School in 1965. In a chance summer encounter at the Ft. Wayne Azar’s Restaurant, Dianne met Robin F. Howe and the two were married later that year in Donaldson, Indiana on December 16, 1967. The couple would get to cherish 49 years by each other’s side.
Dianne worked her entire career in food service. She would work at Schori’s Restaurant and then the Chuck Wagon in downtown Plymouth operated by the Grossman family. She attained a dietary certificate at Ivy Tech College in Warsaw and worked as a food service supervisor with the Plymouth School Corporation, and then the Shady Rest Home which is now the Bowen Center.
Family was the center of her life and treasured family gatherings; Sunday get-togethers being a favorite. Dianne and Robin enjoyed visits to casinos in varying locations. She liked to play BINGO and loved joining in social gaming with friends and family. She is survived by her loving husband, Robin, and their children: David E. Howe and Emily D. Howe all of Plymouth. Three grandchildren; Samantha Arvesen of Mishawaka, Damon Howe of Findlay, OH and Issabella Contreras of Plymouth and two great grandchildren; Caidence Howe and Ellery Arvesen both of Mishawaka also survive.
Two brothers; Phil (Dawn) Grossman of Argos and Mark Grossman of Coleman, FL survive along with several nieces and nephews.
She was preceded in death by her parents and two brothers; Thomas and Steven.
Visitation will be held from 2 – 4 p.m. on Saturday, April 30, 2016 in the Johnson-Danielson Funeral Home, 1100 N. Michigan Street, Plymouth. Funeral services will immediately follow at 4 p.m. in the funeral home with Pastor Bob Rice officiating.
Memorial contributions can be made to the Southern Care Hospice 1626 E. Day Road, Mishawaka, IN 46545 or the Center for Hospice 112 S. Center Street Suite C Plymouth, IN 46563.