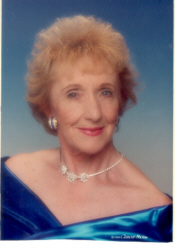 Dolores M. “Dee” Eck, 65, died unexpectedly of natural causes at her residence, 4640 Maple Rd., Plymouth, on Thursday morning, November 20, 2003. Dee had lived in the Plymouth area for the past 43 years, coming from Kalispell, Mont.
Most recently she was loved and admired as a knowledgeable and helpful co-owner of the Bookworm, a bookstore for children and adults in the Pilgrim Place Center.
Born on December 7, 1937, in Kalispell, Dee was the daughter of James and Jurine Stearns Weaver.
She was a 1955 graduate of Hollywood High School in Hollywood, Calif. She also had accountant training and prepared tax returns for the public.
In 1958, Dee was married to William O. Norris Sr. in Kalispell, Mont. William died on December 5, 1972. In the Sunrise Chapel in Plymouth, Dee and Russell C. Eck were married on December 7, 1973. Russell died on April 12, 2000.
Dee worked at Labas Chevrolet as an accountant. Later she bought and sold houses for Heckaman Homes, Nappanee, then worked as an accountant for Sky Stream of Plymouth. She was later employed as a purchasing agent for P.E.I. Genesis, South Bend, then she did accounting and purchasing for Polygon in Walkerton, retiring in 2001. At the time of her death she was co-owner with Kay Garrison of the Bookworm in Plymouth and, before his death, helped her husband, Russell, in his surveying business.
She was an avaricious reader, especially of the Louis L’Amour series. She enjoyed working with the Marshall County Reading Council and the Young Authors conferences, encouraging young people to read and to write stories. She was also a member of “The Bookies”, a book club in Plymouth.
Dee had a love of horses all her life.
She grew up on cattle ranches owned by her father and grandparents. When she turned 14, she was able to drive the cattle truck over the mountains delivering cattle so that she could earn her own money to enter the rodeo. She rode on the Montana rodeo circuit as the American Flag Girl.
An avid bowler and golfer, she made a lot of friends through the Jaycees which is how she was introduced to Plymouth.
Dee collected miniature water pitchers and bowls. She was treasurer of the Ladies Pickens Investment Club of Plymouth and was a member of the Plymouth Chamber of Commerce. She loved to travel and do adventurous things. At the age of 54, Dee went on a cattle drive in Montana and Wyoming on Custer’s Last Stand battle ground.
Dee went White Water Rafting down the Snake River with her cousin, Ron Nawgard.
She enjoyed a West Virginia White River rafting trip with several female friends from Plymouth; she and Russell visited Israel and, at another time, went on a cruise.
This past June, Dee, with family, spent time on a houseboat in the Dale Hollow area of Albany, Kentucky where she and Russell used to own a fly-in-home.
Dee is survived by two sons, a daughter, several step-children, grandchildren , step-grandchildren and great-grandchildren.
They are: her son, Mike Sr. and Diane Norris, Plymouth, and their children: Natasha Norris; Mike Norris, Jr. and a great-grandson, Mike Norris III.
Son, William O. Jr. and Lisa Norris, also of Plymouth, and their children: William O. and Christy Norris III, Whiteland, Ind.; Deane Norris; Malisa Norris and great-grandson, Koleman Norris, all of Plymouth.
Dee’s daughter and her husband, Lori and Steve Borders live in South Bend.
She is also survived by her step-father, Darrell Gilmore of Oregon; Gary and Rose Eck, a step-son, of Walkerton, Ind.; and their children; Aaron Eck; Hannah Beerbower, Sarah Eck and Jacob Eck.
Step-son Dr. Jeffrey Eck, his wife, Martha, and their family also survive; step-grandchildren Miriam and Stephen Eck and Christine Bonneur.
David Eck, a third step-son, and his son, David Jr., survive as well.
A step-daughter, Cynthia and her husband, Edgar Russell also survive, together with their children: Reuben Levinsohn and great gandchildren Victoria and David Levinsohn; Ari Levinsohn and Rivka Levinsohn.
Dee’s first father-in-law, Ray Norris, and a brother-in-law, John and Cheryl Norris and their family also survive.
Dee was preceded in death by her parents, her husbands and a sister, Carol.
Visitation in the Johnson-Danielson Funeral Home, 1100 N. Michigan St., Plymouth, will be from 3 to 7 p.m. on Sunday, November 23, 2003.
Funeral services will be held at 11 a.m. on Monday, November 24, 2003, in the funeral home. The Rev. Tony Schneiders, pastor of the Walnut Church of the Brethren, will officiate.
Burial will be in New Oakhill Cemetery, Plymouth, Ind.
Memorial gifts in Dee’s memory may be made to the Marshall County Humane Society, the Marshall County Hospice, or the Reins of Life.