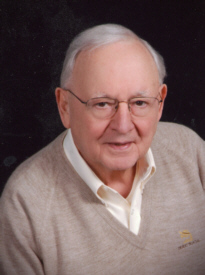 Dominic F. (Nick) Brizzolara, 83, passed away in his Plymouth home Eastwood Estates after an extended illness at 1:40 AM on Friday, June 17, 2016 surrounded by his family.
Born in Argos, Indiana on October 31, 1932, he was the only child of Frank and Flora D. (Arado) Brizzolara, who had immigrated to Chicago, Illinois from Genoa, Italy. They later moved to Rochester, Indiana and then to Argos, Indiana. Nick was a student at St. Michael Academy his primary and intermediate years. During the summers he attended Culver Academy Summer School and is a Life Member of the Culver Summer Schools Alumni Association. Nick graduated from Lincoln High School in 1950. After high school he attended the South Bend College of Commerce and worked for Whirlpool Aircraft Corporation in LaPorte, Indiana. Nick served his country as a member of the United States Army 6th Infantry Regiment in Berlin during the Korean Conflict 1953. He was honorably discharged in 1955.
Following his military service, Nick attended Tool and Die School in Chicago, Illinois and also in South Bend, Indiana. He was employed at Curtis Wright Corporation for three years. He entered the printing business, serving at Town and Country Press and later at Indiana Press from which he retired after thirty-six years. On April 12, 1958, Nick and Carol J. Ruff were married in, St. Michael Catholic Church, Plymouth, officiated by Rev. Casimir Moskwinski. They recently celebrated their 58th wedding anniversary.
Nick loved attending sporting events to watch his grandchildren and their teammates compete. He also enjoyed following Notre Dame Athletics. An avid bowler himself, Nick bowled many years for Beatty Locker, Bowen Printing, and The Old Timers. A highlight of Nickâ€™s bowling career came in March 1987 when he bowled a perfect 300 game at Quickâ€™s Lanes in Plymouth (the first 300 game at Quickâ€™s in 30 years). From 1969 to 1982, Nick served on the Board of Trustees of the Plymouth Public Library and was involved with the construction of the new building dedicated in 1976. Nick will be remembered for his love of people, his witty sense of humor, and his devotion to his immediate and extended family. Nick is survived by his loving wife, Carol of Plymouth, and their two children Judy A. (Joe) Clinton and Amy L. (Craig) Weidner, both of Plymouth, Indiana. Five grandchildren Ryan N. Clinton, Chicago, Illinois; Chad J. (Jennifer) Clinton, Oak Forest, Illinois; Sara N. Clinton, Cameron D. Weidner, and Caden D. Weidner of Plymouth; great-granddaughter Avery M. Clinton. Two brothers- in law, four sisters â€“in law, two nieces and four nephews also survive.
He was preceded in death by his parents, his in-laws John and Mildred Ruff, two brothers-in law, and a nephew. Visitation will be from 4-7 PM on Monday, June 20, 2016 at the Johnson-Danielson Funeral Home, 1100 North Michigan Street, Plymouth. A Mass of Christian Burial will begin at 11 a.m. on Tuesday, June 21, 2016 in the St. Michael Catholic Church, 613 North Center Street, Plymouth, Fr. John Korcsmar CSC will officiate.
Entombment will be in New Oakhill Mausoleum with Military Honors provided by members of the American Legion Post 27, Veterans of Foreign Wars- Marshall County Post 1162 and D.A.V.
Memorial contributions can be made to the Center for Hospice Care, 112 South Center Street, Suite #C, Plymouth, Indiana 46563 or to St. Michael Catholic School, 612 North Center Street, Plymouth Indiana 46563.