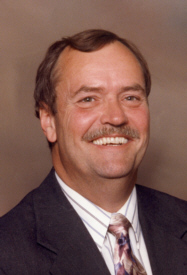 A Beck II, 61, a Ft. Wayne resident for the past four years, died from an extended illness in Parkview Hospital at 7:30 a.m. on Saturday, April 3, 2010. Don was a former resident of Plymouth for 28 years before moving to Allen County.
He was born in Greensburg, IN. on Dec. 10, 1948, the son of Don A. and Dorothy (Tetrick) Beck. There, he grew up on the family farm.
He graduated from Greensburg High School with the class of 1967, and earned his Bachelor Degree from Purdue University in Agricultural Economics.
He served six years in the United States Army – National Guard.
On Dec. 28, 1974, in Lafayette, IN. Don and Rita H. Huetson were married and together they raised two daughters.
From 1975 to 2008, Don worked as an Agricultural Specialist with farmers and agri-businesses throughout the northern half of Indiana.
Don was a Purdue University sports fan, an avid golfer and fully embraced computer technology and electronic devices. After retiring in 2008 Don became a great cook, and was an expert on the grill. He was a people person, who really got to know those he met and worked with. Above all as a family man he loved being in the presence of his grandchildren.
Don has remained a member of the Plymouth First United Methodist Church, where he loved singing in the church choir, he was also member of the Plymouth Lions Club for over 25 years, along with the Plymouth Kilwinning Lodge No.149 and the Elks Lodge.
Don is survived by his devoted wife, Rita, daughters and grandchildren: Chrissi (Mark) Sutch and children Tyler and Richie of Plymouth and Missy (Ken) Hicks and children Kelly and Jack of Valparaiso.
Also surviving are two sisters: Debbie Iacino, Denver, CO., and Diane Perkins, Georgetown, CO, his extended family and many nieces and nephews.
Don was preceded in death by his parents.
Friends are invited to visit and share memories with his family on Tuesday, April 6, 2010, from 4 to 8 p.m. in the Johnson-Danielson Funeral Home, 1100 N. Michigan St., Plymouth, where a Masonic Rite will be given at 7:45 p.m. by members of the Plymouth Lodge. Calling will continue one hour prior to services on Wednesday, April 7, 2010, at 11 a.m. in the First United Methodist Church, 400 N. Michigan St. in Plymouth. The Rev. Dr. Dean Fager will officiate.
Don will be honored for his service to his country with a presentation of the flag by American Legion Post No. 27 Commander; Julian Keiser.
Memorial gifts in Don’s name may be made to the Church.