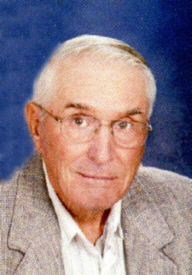 Don S. Ames, 84, passed away in his farm house surrounded by his loving family at 11:47 a.m. on Wednesday, June 10, 2015.
Born in Plymouth, Indiana on January 4, 1931, Don was the son of Edgar S. and Helen V. (Rettinger) Ames. He graduated from Bremen High School with the class of 1950.
Don served for our country in the U.S. Marine Corp. during the Korean Conflict from 1951 until his Honorable Discharge in 1953.
On August 22, 1953, Don took as his bride Lavera F. Shumaker in the Bremen Church of the Brethren officiated by Rev. Warren Shoemaker.
Don was a proud farmer of their land for almost 62 years. He grain farmed and raised hogs. Don even was a master of repairing his own machinery and welding. He loved restoring antique and classic cars, woodworking, and being the handyman of the house. He also restored a 1946 Taylorcraft airplane, which he flew out of an airstrip on the farm. He was a Charter Member of the Hoosier Old Wheels for many years. Lavera and he also traveled during the winter months for 29 years to LaBelle, Florida.
He enjoyed being outside, and even just this past week he was planting his sweet corn for this season, that he would always share with family and friends when it was time to harvest. Don also gardened vegetables and fruits. But most of all, he loved his family and making memories with them.
Don is survived by his loving wife of 61 years, Lavera of Plymouth and their children: Vicki L. (Dan) Rensberger of Lakeville, Donita K. (Dennis) Rensberger of Cromwell, IN, and Randal D. (Juanita) Ames of Pickerington, OH. His grandchildren are: twins, Nathan (Elizabeth) Rensberger and Scot (Jina) Rensberger, Cliff (Charlotte) Rensberger, Denise (DeWayne) Weaver, Eric Ames, Logan Ames and Serena Ames. His great-grandchildren are: Haley, Zac, Mallory, Matthew, Colby, Kyla, Sarah, Audrey, Anna and one of the way. His sisters, Joan (Glenn) Laudeman of Bremen and Eileen (Donald) Morrison of Plymouth, and brother, Robert Ames of Plymouth, also survive.
He was preceded in death by his parents.
A Celebration of Don’s life will be held on Saturday, August 1, 2015 at 11 AM in the Bremen Church of the Brethren, 921 Woodies Lane, Bremen, IN 46506. Visitation will be held one hour prior to the start of the service.
Military honors will be presented following the service by the Bremen VFW Post #8972.
Memorial contributions can be made to the Center for Hospice Care 112 S. Center St. Plymouth IN 46563 or the Bremen Church of the Brethren 921 Woodies Lane, Bremen, IN 46504 or online at www.bremencob.com.