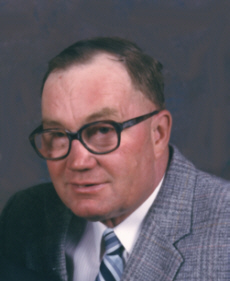 Donald Dimmitt, 74, of, Argos, Indiana died of congestive heart and kidney failure in Miller’s Merry Manor at 7:30 p.m. on Monday, September 28, 2009.
Don referred to himself as the “biggest junk man in Indiana,” standing 6-foot-8 in his work boots.
He was born the son of Paul W. and Alta Walters Dimmitt in Plymouth, IN. on December 29, 1934.
He graduated from Plymouth High School with the class of 1953, and served in the United States Army from 1957 to 1963.
On November 15, 1959, in the Blissville Church of the Brethren, Don and Carolyn Long were married.
He started his Dimmitt’s Salvage Yard north of Argos on Old 31 in 1955, and was the owner and operator for over fifty years.
A history buff, he loved cars, antiques and fishing.
He bought over 40,000 cars in the years he was in business. He made his living selling parts off of them. Eventually, he had the biggest home-owned junkyard in Indiana.
He often said, “as long as you junk, you’ll never go hungry.”
Don is survived by Carolyn, his wife of almost fifty years and by a daughter and a son. His daughter is Barbara (Lonnie) Harner, Plymouth, and his son is Steven (Gail) Dimmitt, Argos.
Also surviving are nine grandchildren and one great-grandchild.
Don was preceded in death by his parents and a brother, Lewis E. Dimmitt.
Friends may visit with the family and share their memories of Don on Thursday, Oct 1, 2009, from 4 to 8 p.m. in the House of Prayer United Pentecostal Church, 12450 Plymouth-Goshen Trail, Plymouth.
Funeral services for Don will be on Friday, October 2, 2009, at 10:30 a.m. in the House of Prayer United Pentecostal Church. The Rev. Ron Humphrey, pastor of the church, will officiate.
Burial will be in the New Oakhill Cemetery with military honors accorded by the Plymouth VFW and the American Legion.
Memorials in Don’s memory may be made to the Center for Hospice and Palliative Care.