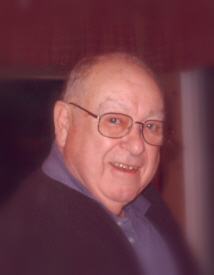 Respected businessman and co-founder of Aker Plastics Co. Inc., Donald Eugene Aker, known by many as GaGee, 79, a lifelong resident of Plymouth, IN, passed away of natural causes in his home surrounded by family at 7:45 am on Monday, November 8, 2010.
Don was born on January 10, 1931 in Plymouth to Jesse and Ruth (Markley) Aker. He graduated from Plymouth High School in 1949. He was a 12 letter athlete and an all-state quarterback. In 2006, he was honored by Plymouth High School and received the Distinguished Alumni Award.
On July 28, 1951 he married Mary E. Edel. They were married 59 years. On January 7, 1967 they founded and built their bathtub manufacturing business, Aker Plastics Co., Inc. He worked 15-20 hours a day. Daytimes were filled with sales calls and product manufacturing was done at night in order to deliver on time as promised. Mary and often their three children worked beside him rolling out the fiberglass and cutting the patterns. In 1971, PIDCO invited him to return to Plymouth and build a manufacturing company in the new industrial park. Over the next several years business grew and expanded to the east coast. In 1986, Aker Plastics Co. opened a state of the art manufacturing facility in Martinsburg, WV. The business continued to grow and profit, building the largest family-owned bathtub manufacturing company in the United States. In 1994, Don retired selling the business to his children. In 2003, Don was the proud recipient of the American Composites Manufacturers Association’s Lifetime Achievement Award.
Don was a member of the Church of the Brethren, a lifetime member of the Loyal Order of the Moose, American Legion and VFW.
Don served his country during the Korean War as a sergeant in the United States Marine Corp from 1951 to 1954. In 1951, his unit was sent to Korea, where he was a truck driver with a rocket outfit, 12 miles north of the 38th parallel.
Don is survived by his wife, Mary E (Edel) Aker, his sons, Mark (Ann) Aker and Gary (Eyvonne) Aker Sr., his daughter, Jayne Aker, all of Plymouth, sister Joan (Tom) Connell and his 11 grandchildren and 17 great grandchildren
Lisa (Vince) Cody, Lacy, Carly, Donny Poczik; Stacy (Trenton) Marlynn Glaub; Gary Aker Jr.; Andy (Jamie) Skyler, Alexis Aker; Lynndi (Benjamin) Madelyn, Benjamin Jr., Lainey Rader Sr.; Sara Naylor, Suzanne, Mitchell, Mary Evans; Emily Aker, Bryan (Katie) Kaiyan, Bradie, Lily, Ruby, Naylor; Tony Aker; Dylan Aker and Connor Aker. He was preceded in death by his parents, brother Jim, and sister Jeanette.
Friends may call from 1:00 – 8:00 pm Thursday, November 11, 2010 in the Johnson-Danielson Funeral Home, 1100 N Michigan St, Plymouth. Funeral services will be at 10:00 am, Friday, November 12, 2010 at the Church of the Brethren, 1130 N Michigan St, Plymouth. Entombment will follow in the Aker mausoleum at New Oakhill Cemetery with Military Honors.
Preferred expressions of sympathy are memorial gift contributions to Don’s favored charities and church. They are: Boys & Girls Club of Marshall County, 314 N. Michigan St., Plymouth, IN 46563, Marshall Co. Center for Hospice Care, 112 S. Center St., Plymouth, IN 46563 or Plymouth Church of the Brethren, 1130 N. Michigan St., Plymouth, IN 46563