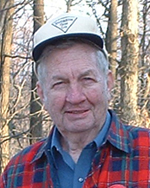 Donald E. Kizer, 89, of Plymouth passed away at the Caring Junction Facility in Mishawaka on Saturday, September 8, 2018.
Donald was born on October 10, 1928 in South Bend, to Ralph and Alice (Matthews) Kizer.
He graduated from Lapaz High School with the class of 1946.
On May 23, 1948 Donald became the husband of Norma (Fritz) at North Salem Church in Plymouth; and she survives.
Donald was a Maintenance Mechanic at Trunkline Gas Company in North Judson for 27 years until his retirement in 1993.
He attended Timberland Bible Church in South Bend. He enjoyed all types of handyman work, such as carpentry and plumbing work. Donald could â€œfix itâ€ if it needed to be fixed; he was a jack of all trades.
He is survived by his wife Norma of 70 years of Plymouth. His two sons; Daniel (Cindy) Kizer of Lakeville, and David (Kay) Kizer of Plymouth. Also surviving are seven grandchildren, fifteen great-grandchildren, a brother; Robert (Pat) Kizer of Lydick and a sister; Sandy DeMeyer of South Bend.
Donald was preceded in death by his parents, daughter; Sherry Nunemaker, two brothers; Dean and Francis Kizer.
Visitation will be from 11-1 pm Thursday, September 13, 2018 in the Johnson-Danielson Funeral Home, 1100 North Michigan Street, Plymouth, Indiana 46563.
Funeral services will immediately follow at 1:00 pm on Thursday with Pastor Jake Ballard officiating.
Interment will be at a later date in the New Oak Hill Cemetery.
Memorial contributions can be made to Timberland Bible Church, 16623 State Road 23, South Bend, Indiana 46635.