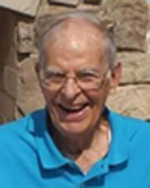 Donald G. Nunemaker Sr., 91, peacefully passed away surrounded by family in his home at 10:10 a.m. on Tuesday, August 28, 2018.
Lifetime Marshall county resident, Don was born in Plymouth, Indiana on March 10, 1927 to Clarence Robert and Sarah Jane (Robinson) Nunemaker. He attended LaPaz High School through his freshman year. He would attain his GED while stationed in Japan.
Don served our country during WWII in the U.S. Navy until his Honorable Discharge in 1948 as a Carpenterâ€™s Mate 3rd Class.
On June 22, 1948 at Lake of the Woods in Bremen, Don took Natalie M. Redman to be his wife. The couple would share many laughs and memories through their 70 wonderful years of marriage. Including the birth of their four children: Donald Jr., Richard, Leslie and Lewis.
Don worked for Fabricated Steel for 35 years as a steelworker until his retirement in 1984.
He attended the First United Church of Christ in Bremen. Don has been a member of the Lions Club of Bremen since 1948, where he also received the Melvin Jones Award. He was a representative for the Institute of Cub and Boy Scouts.
Don is survived by his wife, Natalie of Bremen, and their sons: Donald G. (Sue) Nunemaker Jr. of Plymouth, Richard A. (Cinda) Nunemaker of South Bend, Leslie L. (Marty) Nunemaker of Pine Island, MN, and Lewis D. (Candy) Nunemaker of Argos; 24 grandchildren and many great-grandchildren; sister, Shirley Jackson of Bourbon and his daughter, Linda Esterline of South Whitley, IN. He was preceded in death by his parents, Charles and Sarah, brother, Robert, sister, Karen Davenport and an infant brother.
Visitation will be held on Tuesday, September 4, 2018 from 3-7 p.m. in the Johnson-Danielson Funeral Home, 1100 N. Michigan Street, Plymouth.
Funeral services will take place on Wednesday, September 5, 2018 at 11:00 a.m. in the funeral home.
Burial will follow in the Oak Hill Cemetery with Military Honors.
Memorial contributions can be made to the Cystic Fibrosis Foundation, 4550 Montgomery Ave. Suite 1100 N., Bethesda, MD 20814, the Center for Hospice Care 112 S. Center St. Plymouth IN 46563 or the First United Church of Christ, 323 S. Center Street, Bremen, IN 46506.