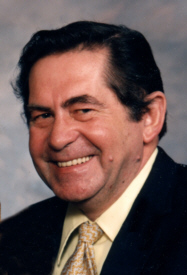 Donald G. Wasio, 72, passed away with his loving wife near his side Monday evening, March 30, 2015 in his home.
Don was born in Canada on July 1, 1942. He graduated from Riley High School in South Bend, Indiana, where he would first meet Barbara A. Snyder. He graduated with the class of 1961.
On February 14, 1989, Don would take Barbara as his wife.
He worked at the St. Joseph Catholic Church in South Bend, where Don was the head of the maintenance department. He was a member of the Conservation Club in Lakeville and a volunteer firefighter in LaPaz.
In his younger years, Don was on a bowling league. He was a master woodworker and enjoyed tinkering with cars. He also followed Purdue Football and the Detroit Lions. Barbara and he loved their fur children: Miss Kitty, Jessie, Jordin, Sammie, Snowy, Spotty, Pebbles and Snoopy.
Don is survived by his wife of 26 years, Barbara of Lakeville, and their children: Jonathan P. (Chelle) Costello of Colorado, Richard J. (Sarah) Costello of South Bend, Rodney L. (Tina) Jacobs of Plymouth, Walter D. Jacobs of Plymouth, and Rebecca S. Palmer of Indianapolis. Also surviving are his grandchildren: Amanda, Jennifer, Cherrie, John, Joseph, Cheyenne, Andrew, and Rachel.
Private graveside services will be held in the New Oakhill Cemetery, Plymouth.