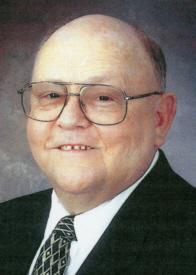 Donald Pierre Fordham, 75, of Plymouth, Indiana, passed away after an extended illness. He went to join his Heavenly Father Wednesday, March 30, 2016 at approximately 2:00 p.m. in the St. Joseph Regional Medical Center – Plymouth Campus.
Don was born April 19, 1940, in Grover, Utah, to Blake Taft and Fay Metta (Covington) Fordham, the third of eight children. He graduated from Pleasant Grove High School in 1958, Brigham Young University with a degree in mechanical engineering and later received his MBA from Indiana University in Bloomington.
He met Beverly Jo Parks at Utah Trade Technical Institute while he was a student and Beverly was a first year teacher. They were married in the Salt Lake City Temple on April 16, 1965.
Don is survived by his wife of nearly 51 years, a daughter Andrea (Andrew) Bobelenyi of Bowling Green, Kentucky and their children; Camille, Madalyn, and Vanessa Bobelenyi and a son Christian (Stephanie) Fordham of Fishers, Indiana and their family; Camden Fordham (David) Inman and children David William and Jack Tanner Inman; Stirling Pierre, Payne Thomas, and Liam Elijah Fordham.
He is also survived by seven siblings: Larry (LueAnn) Fordham, Gerry (Angie) Fordham, Beverly (Bill) Jarvis, Steve (Nila) Fordham, Connie (Scott) Ormond, Wendy (Howard) Mills and Todd (Lori) Fordham along with many nieces and nephews.
Don retired as President of United Fixtures of Niles, Michigan. Before that he worked for the Cummins Engine Co. in Columbus, Indiana and the McCord Corporation in Plymouth.
He was a life-long member of The Church of Jesus Christ of Latter-day Saints and served in numerous callings throughout his life. He loved his Heavenly Father and his family. During Don’s early life he served as a missionary in Denmark for two and a half years. He always strived to have an eternal perspective.
As well as serving in church callings, Don was always willing to help neighbors and he participated in community projects. He especially enjoyed working with the youth in Boy Scouts and the Junior Achievement program.
Visitation will be held on Monday, April 4th from 4 – 7:00 p.m. EDT in the Johnson-Danielson Funeral Home, 1100 N. Michigan St., Plymouth. Services will be held in the funeral home on Tuesday, April 5th at 11:00 a.m. EDT with visitation continuing one hour prior to services. President Patrick Kelly will preside over services with speaker Ronald Bobelenyi.
Burial will follow in the New Oak Hill Cemetery in Plymouth.
Memorial gift may be made to the Boys Scouts of America, Troop #265 c/o President Patrick M. Kelly, Plymouth Branch, 51933 Grape Road, Granger, IN 46530.