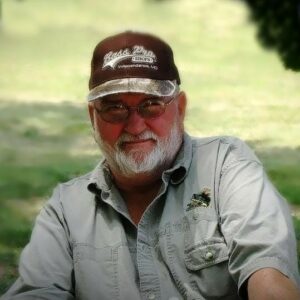 Donald R. Broeker, 79, peacefully passed away surrounded by family in his home on January 13, 2023.

He was born in Plymouth, Indiana on January 2, 1944, to Charles H. and Jane E. (Boehm) Broeker. He attended West School.

His family ran a fruit and vegetable stand and raised dairy cows on their family farm on State Road 8 in Culver. As a young boy, he and his siblings would sale their produce at the South Bend Farmer’s Market.

On November 15, 1965, in South Bend, Don married the love of his life, Jeanneane “Jean” L. Yeakey. The couple would buy 3 acres of his parent’s property where they raised their three daughters. There was never a time you didn’t see Don without Jean. They were blessed to share 57 years of marriage.

While also helping with farming, Don was a machinist by trade and retired from RBC Bearings in Plymouth in 2009. Coming from hard working backgrounds, the couple would often sneak away for mini adventures on the weekends. Don enjoyed fishing and mushroom hunting as a family, and hunting in his younger years. He loved watching all his grandsons’ sporting events and giving candy to his younger family members, nieces, nephews, grandsons, and great grandchildren.

Don was outgoing and always lending a helping hand. In the winters he was known to ride around on his snowmobile, making sure his nearby neighbors were doing ok. The couple loved to just drive and see where the car took them. He NEVER took the same route.

They met with other couples at Martins in Plymouth every morning for coffee. And man was Don a storyteller and joker. After retirement he enjoyed volunteering at the food bank, going to auctions with his brother Chuck, and attending monthly retirement dinners.

Burial will be at a later date in the Burr Oak Cemetery, Culver.