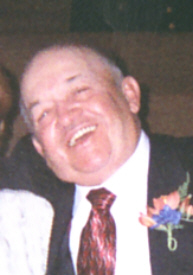 Donald R. “Don” Neidlinger, 70, a lifetime Marshall County resident, died of natural causes at his residence, 16682 14 B Road, Culver, Indiana, at 5:10 p.m. on Wednesday, January 3, 2007, where he had lived since 1965.
Born in Tyner, Indiana, on November 22, 1936, the son of Fay O. and Marjorie Kelver Neidlinger, Don was raised in Culver.
He graduated from Culver High School with the class of 1954, and earned his Ferrier Certificate from Michigan State University. He also received an Associates Degree in Equine Science.
In his younger years, he raced horses and remained a ferrier until December of this past year.
He was an expert field tile installer for over 40 years through his company, Neidlinger Drainage.
An avid sportsman he enjoyed coon hunting and raising fox terriers and coon dogs.
Musically talented, Don played the saxophone and stand-up bass with the band, “Cardiac Kids” made up of various family members and friends.
Don was proud to be a longtime charter member of the “Culver Liars Club.”
He is survived by two daughters and two sons and soon-to-be eight grandchildren.
His daughters and their families are: Donna G. Greene, Culver and children, Chevy “Dodge” Porter and Johnathon George Hopple: and Angela Neidlinger and Tim Weist, Argos, with children, Robert Allen Green II, Dugan Vaughn Green, Allison Weist, and the anticipated arrival of Peyton Timothy Weist.
His sons are John P. Neidlinger, Plymouth, with daughter Kaitlin Dean Stone: and Casey B. and Angie Neidlinger, Greenwood, Indiana, with son Elijah David Neidlinger.
Two sisters: Joan and Francis Zink, Culver, Indiana, and Jean and Clem Miller, Rochester, Indiana, together with numerous nieces and nephews, survive as well.
Don was preceded in death by a sister, Ruth Morris and three brothers: Ralph, Glen and Robert “Sam” Neidlinger.
Friends are invited to share memories of Don’s life with his family on Saturday, January 6, 2007, from 4 to 8 p.m. in the Johnson-Danielson Funeral Home, 1100 N. Michigan St., Plymouth.
Funeral services for Don will be held at 1 p.m. on Sunday, January 7, 2007, in the funeral home. Tom Padberg, Chaplain of the Marshall County Center for Hospice and Palliative Care, will officiate.
Burial will be in the Culver Masonic Cemetery, Culver, Indiana.
Memorial gifts in Don’s name may be made to the Center for Hospice and Palliative Care, 112 S. Center St., Plymouth, IN 46563.