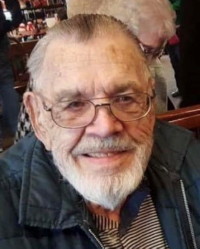 Donald Yeagley, 100, passed away on Saturday, May 16, 2020 at Tanglewood Trace Senior Living Community in Mishawaka. He was born May 6, 1920 in Lapaz, Indiana to Earl and Ethel (Mangun) Yeagley. He graduated from Lakeville High School with the class of 1937, where he was a basketball standout. That same year he went to work at Bendix as a tool and die maker. He became troubled by the plight of working men and women and joined the labor movement which became his life’s work. His entire life was focused on easing the hardship of others. On May 15, 1941 he married Evelyn Roush. They were married for 56 years when she preceded him in death on September 10, 1997.
Don began his lifetime of service as the Recording Secretary of Bendix Local #9 and as a member of the 3rd Congressional District UAW Political Action Committee. He represented St. Joseph County in the Indiana General Assembly from 1959-1965, first as a State Representative and then as a State Senator. One of his proudest accomplishments as the repeal of Indianaâ€™s Right to Work Law. He was also instrumental in the creation of Potato Creek State Park.
In 1965 Don resigned his positions as State Senator and Recording Secretary and moved to Indianapolis when he was appointed to the UAW International Staff as the UAW Political Action Representative for Region 3 (Indiana). This was a position he held until his retirement in 1985.
Upon his retirement he moved to Lake of the Woods in Bremen where he enjoyed his passions of fishing, woodworking, and golfing. He was a member of the Tyner Odd Fellows #821 and the Marshall County Election Board.
Don was known for being a friendly, modest, compassionate, and charming man with a quick wit and keen sense of humor. He was highly respected and loved by many.
In addition to his wife and parents he was preceded in death by his daughters Jane and Judith, and son Thomas; siblings Earl Yeagley Jr., Betty Amones, Kenneth Yeagley, Theodore Yeagley, and stepsister Betty Shultz.
He is survived by his daughter Becky Sorenson of Mechanicsville VA and son James Yeagley of South Bend; granddaughters Jennie Boyer (Valdosta GA) and Cindy Cogbill (Mechanicsville VA); and great-grandchildren Christopher and Ainsley Cogbill. Also surviving are his sisters Barbara Bridges, Doris Hanyzewski, Virginia Hernandez, and Linda Thomas.
The family would like to thank the staff at Tanglewood and SouthernCare Hospice for their compassion and loving care. In keeping with his wishes and the restrictions imposed by Covid 19 there will be no visitation or service. Burial will occur at Westlawn Cemetery in North Liberty. The following poem is shared by Don’s children as it captures the very essence of who he was. They had planned to read it at his memorial service. The Measure of a Man
by anonymous
Not-How did he die? But-How did he live?
Not-What did he gain? But-What did he give?
These are the units to measure the worth of a man regardless of his birth.
Not-What was his station? But-He had heart?
And- How did he play his God-given part?
Was he every ready with a word of good cheer to bring back a smile, to banish a tear?
Not-What was his church, or what was his creed? But-Had he befriended those really in need?
Not-What did the sketch in the newspaper say? But-How many were sorry when he passed away?
This was our father.
Memorial contributions may be made to the charity of your choice.